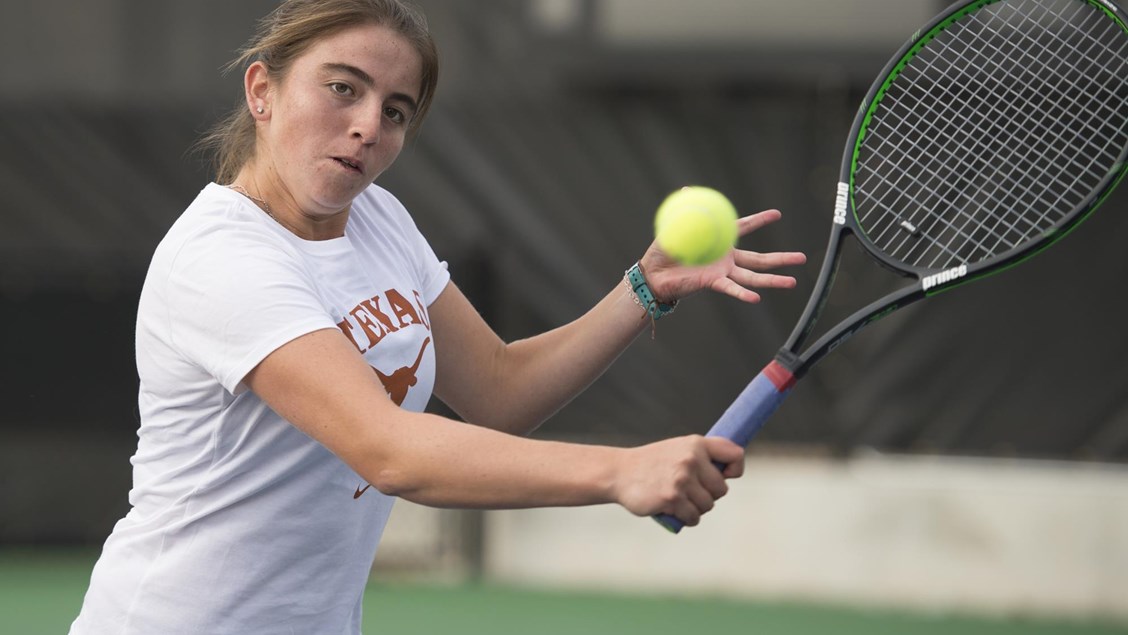 Fernanda Labraña picked up the only win for the No. 9 University of Texas women's tennis team in the Longhorns' season-ending 4-1 loss to Texas A&M (photo courtesy of texassports.com).

AUSTIN, Texas — The No. 9 Texas women’s tennis team’s bid for a spot in the round of the NCAA Championship’s 16, and for a 20th victory this season, came up short when the Longhorns fell, 4-1, to No. 18 Texas A&M in the second round at the Texas Tennis Center.

The Longhorns’ season ends with a final record of 19-5, while the Aggies will move on with a record of 24-7.

Texas A&M started off by snagging the double’s point. The No. 33 pair of Tatiana Makarova and Jayci Goldsmith knocked off UT’s No. 68 Anna Turati and Bianca Turati. Fernanda Labraña and Tijana Spasojevic were leading over A&M’s Katya Townsend and Renee McBryde, but the match was stopped when Riley McQuad and Lucia Quiterio sealed the doubles point for the Aggies win a 6-3 victory over Petra Granic and Katie Poluta.

Makarova widened the Aggies’ lead again with a 6-2, 6-4 victory over No. 54 Granic at No. 3 singles; the loss snapped a 10-match winning streak for Granic, who finished the season with a 16-2 dual-match singles record this season.

A&M clinched the match when No. 52 Townsend upset No. 28 Bianca Turati. Trailing 4-1 in the second set, Turati pulled to within a game by winning back-to-back games before Townsend won the final two games to end the match and the Longhorns’ season.