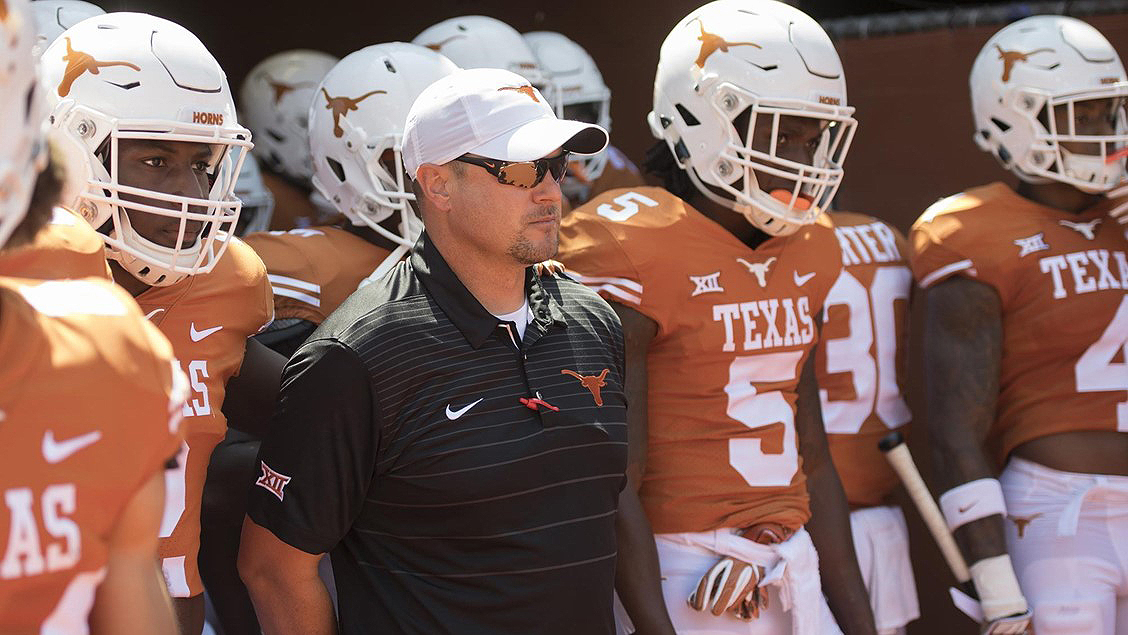 The Texas Longhorns will be trying Saturday for their third victory in as many years under head coach Tom Herman, who has never lost to the Bears (photo courtesy of texassports.com).

AUSTIN, Texas — Texas football head coach Tom Herman met with the media Monday to break down the Longhorns’ 23-21 loss at Iowa State last week and to preview Saturday's game at No. 13 Baylor.