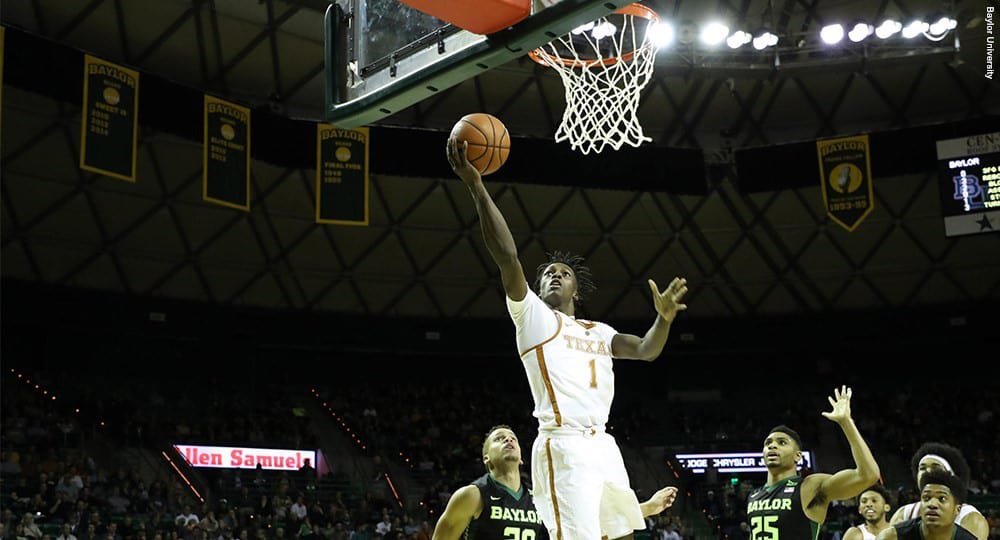 The Texas men's basketball team will get a lift from the return of guard Andrew Jones, whose season was limited to just 10 games last season when he was diagnosed with leukemia (photo courtesy of texassports.com).

AUSTIN, Texas — The first three years of the Shaka Smart regime at Texas have not gone as planned or expected, but the likeable and hard-working coach has a plan to get the Longhorns on track this season: seven seconds to shoot and end-to-end defense to limit the opposition’s chances to score.

Smart, who is 50-50 in 100 games on the bench on the 40 Acres, wants his team to run the court and look for quick shots on offense, and he will return to the "havoc" style of defense he employed with great success at Virginia Commonwealth in his stint there before coming to Austin.