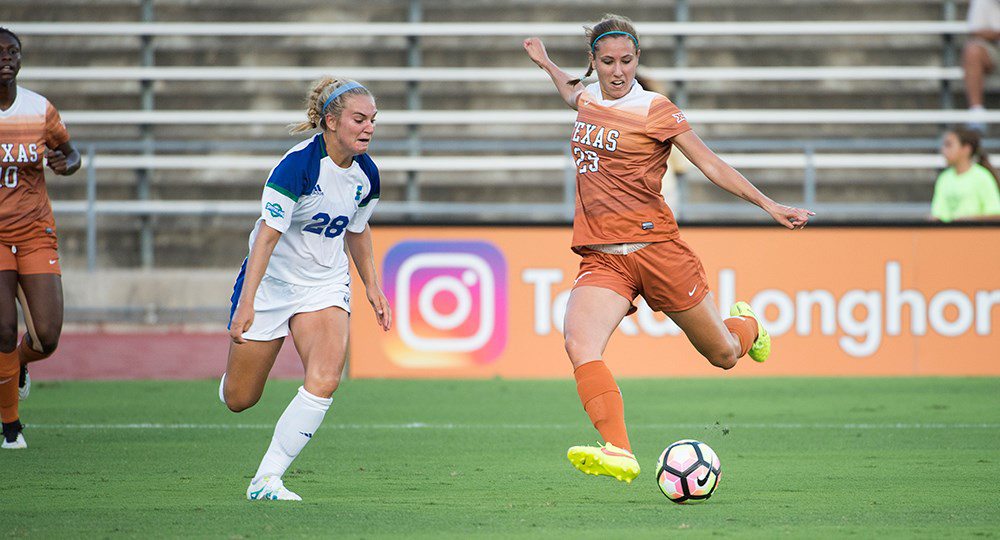 AUSTIN, Texas — The University of Texas soccer team outshot visiting Seattle University, 17-10, but mustered just one shot on goal in a season-opening 1-0 loss to the Redhawks at Mike A. Myers Stadium that was interrupted by a lightning delay of just over an hour.

The loss was the first in a season opener under head coach Angela Kelly, and the first for the Longhorns (0-1) since