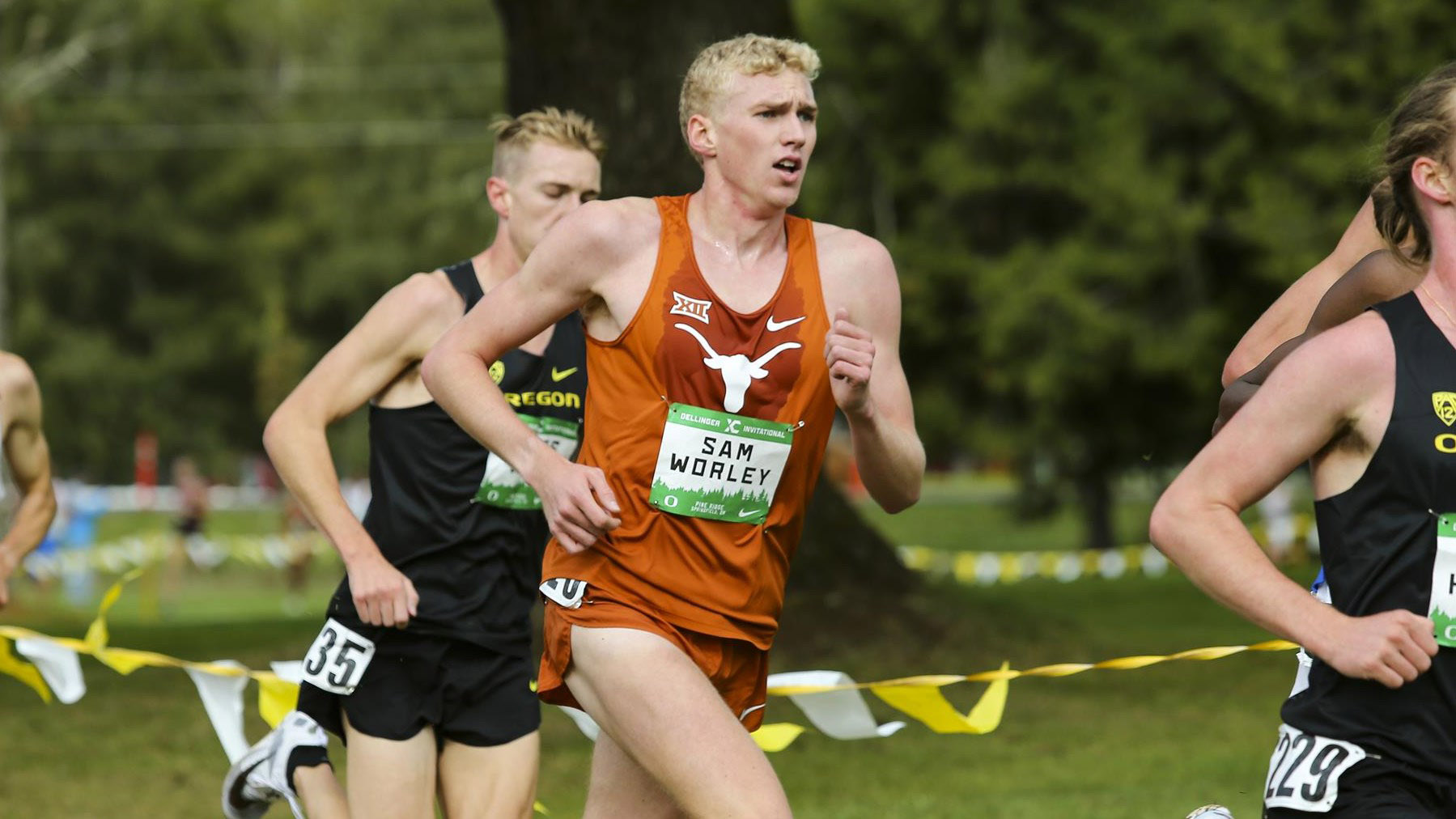 Texas senior Sam Worley won the individual title to lift the Texas men's cross country team to the title and to help the Longhorns earn a berth in the NCAA Championship (photo courtesy of texassports.com).

Sam Worley led the Longhorns, and all teams running the men’s 10K, by