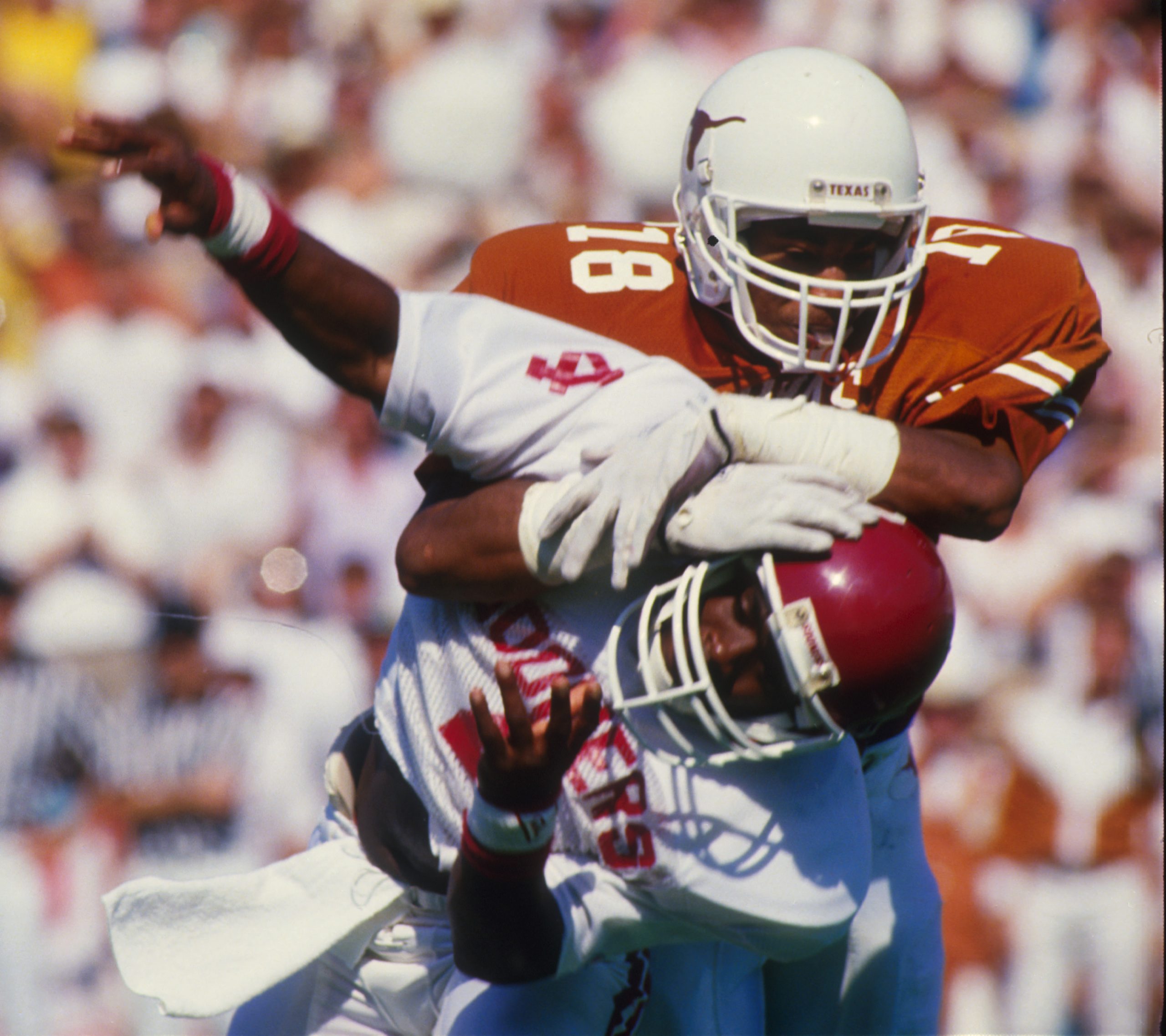 Stanley Richard earned a plethora of awards and honors during his time as a Texas defensive back, but left the Forty Acres without one thing: a degree … at least, until Sunday, when Richard, who was known as “The Sheriff” on the gridiron, walked across the virtual podium in UT’s 2020 spring commencement. His degree is in Applied & Learning Development from the College of Education, and finally, after 30 years, will receive his T-Ring.

Some of his favorite memories from his time as a Longhorn come from the famous 1990 season, which some called the “Shock the Nation tour.” After a frustrating 5-7 season in 1989, Texas rattled off nine straight wins following a 1-1 start. By the end of the season, the Horns had taken down No. 4 Oklahoma and No. 3 Houston at Darrell K Royal Stadium.

Richard had an eight-year career with both the San Diego Chargers and the Washington Redskins in the NFL, including an appearance in Super Bowl XXVIII.

One thing that caught Richard off-guard as he began to resume his classes was how different the course load and how far technology had come since the 1990s.

“Back in the ’80s, we had three exams and maybe two papers,” Richard told Texassports.com. “Now you are writing papers weekly and having exams and quizzes weekly. You’re more involved, you have better access to professors, and you have to be accountable.”

Achieving his degree was not an easy task and took some time to accomplish, but he didn’t give up.

"It took a lot of hard work, and now I feel more connected than ever with Longhorn Nation," Richard said. "It was a challenge, and I feel like I found more of myself."