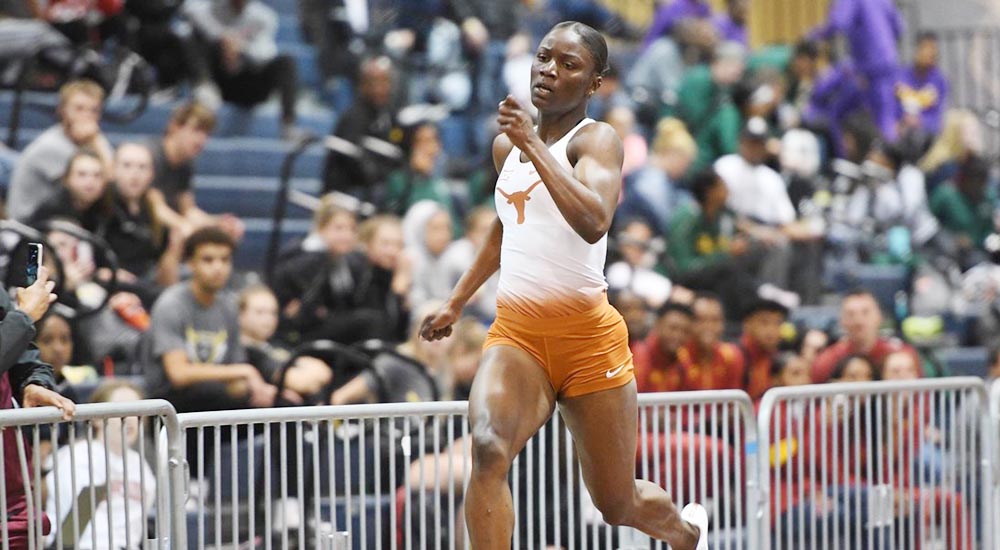 Texas sophomore Julian Alfred has been added to the watch list for the Bowerman Award, which is given annually to the nation's top men's and women's college track and field athletes (photo courtesy of texassports.com).

Men's track and field wins Razorback Invite
The men’s track and field team was on the road against an SEC rival this past weekend, winning the Razorback Invitational, hosted by Arkansas. Texas won the meet with 79 points, edging Oregon with 75 and Arkansas, which had 73. UT did it in clutch fashion too, as the meet was won on the final event of the day, the 4x400 meter relay, in which the Texas team of Jon Maas, Jonathan Jones, Micaiah Harris and Moyo Oyebamiji outran the field of opponents that included Florida, Oregon and Arkansas. The Longhorns beat runner-up Florida by .21 seconds, one of the narrowest margins of victory all day.