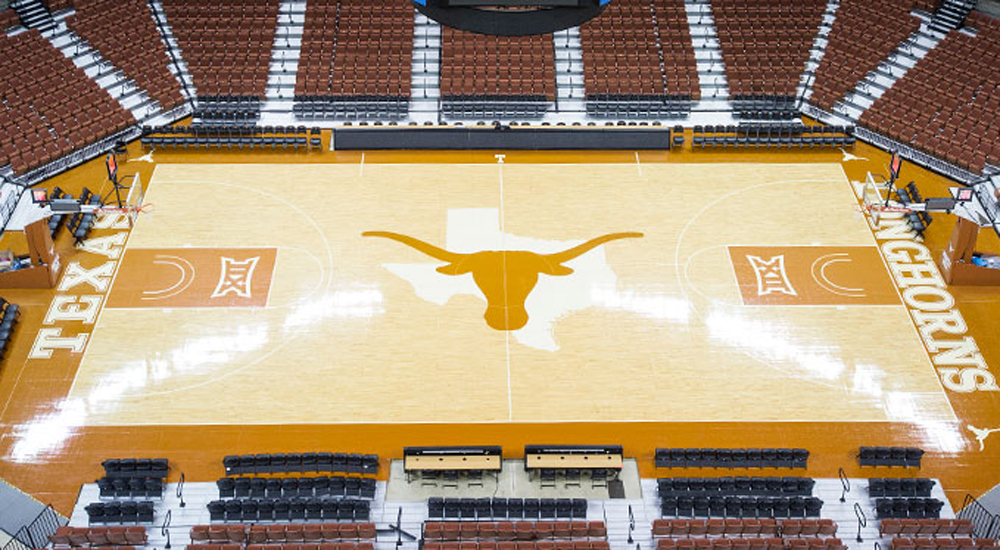 The Texas volleyball team will join the men's and women's basketball teams by playing its home matches in the Frank Erwin Center this season in what is expected to be the last year before the arena is replaced by the Moody Center (photo courtesy of texassports.com).

It has been a total of 23 years since the Texas volleyball team has played its matches under the same roof as both the men's and women's basketball teams. This upcoming season, the volleyball team will get a unique opportunity to play all home matches in the Erwin Center, so more fans can be allowed inside while the school follows social-distancing guidelines laid out by Austin, the state of Texas and the Center for Disease Control, the UT athletic department announced Monday.

This likely will be the final year the Erwin Center will be used by Texas athletics, as the Moody Center is currently being constructed across the street.

Due to Covid-19 concerns and precautions, the athletic department said in a recent press release that the relocation will “provide adequate space for social distancing for teams, fans and working event staff.” Considering the Erwin Center seats 16,540, there will be more than enough space for the fans to spread out. Part of the reason why Texas hoops will be moving to the Moody Center after this season is to "provide an intimate men's and women's Longhorn basketball fan experience and feature student seating surrounding the court," according to a statement released in conjunction with the Moody Center's groundbreaking event in December.

The Texas volleyball team can certainly relate to schools that player in smaller arenas. The Longhorns know what it is like to play a match with fans right up on the court. With one of the largest home crowds in the NCAA (Texas ranked fifth in the nation in average attendance last year with an average of 3,873 fans per game), Gregory Gym provides for a volleyball atmosphere at a level found in few places across the country.

After Baylor fell to Texas in Austin this past year, Baylor middle blocker Shelley Stafford told the press, "That gym is loud. There's shirtless guys about five feet on the left and there's fans screaming on the right. You hear all sorts of fun stuff being yelled at you." 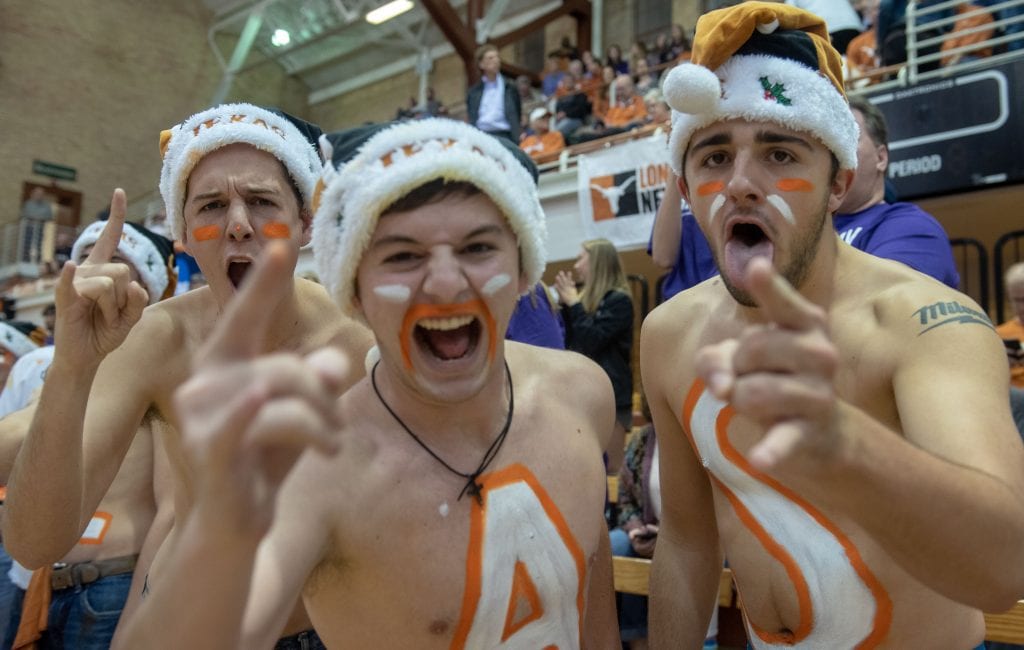 That is one piece of home court advantage Texas will not have for this upcoming season, as fans will be social-distanced inside the arena. Texas is actually one of the few schools that plays its home games in a separate venue than the basketball programs; in the Big 12 in 2019, Baylor, Iowa State, Texas Tech and West Virginia all played in the school's basketball gym. Last year, Baylor drew 7,357 fans for the Bears' showdown with Texas in Waco.