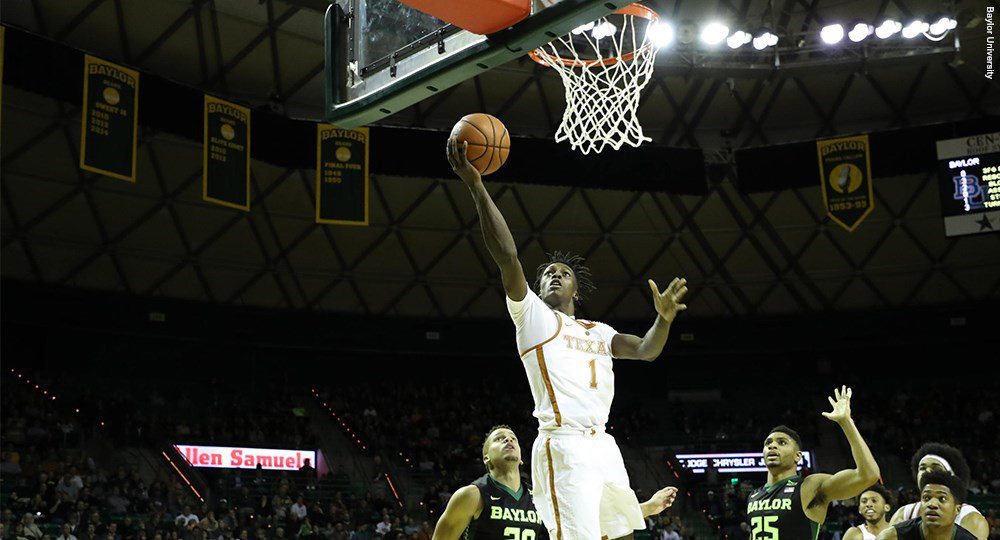 Freshman guard Andrew Jones scored a team-high 13 points, but it wasn't enough as the Texas men's basketball team's season came to an end with a 63-53 loss to West Virginia in the Phillips 66 Big 12 Championship quarterfinals (photo courtesy of texassports.com).

KANSAS CITY, Mo. — The Texas men’s basketball team bowed out of the Phillips 66 Big 12 Championship with a 63-53 loss in the quarterfinals to No. 11/11 West Virginia at the Sprint Center in Kansas City, Mo.