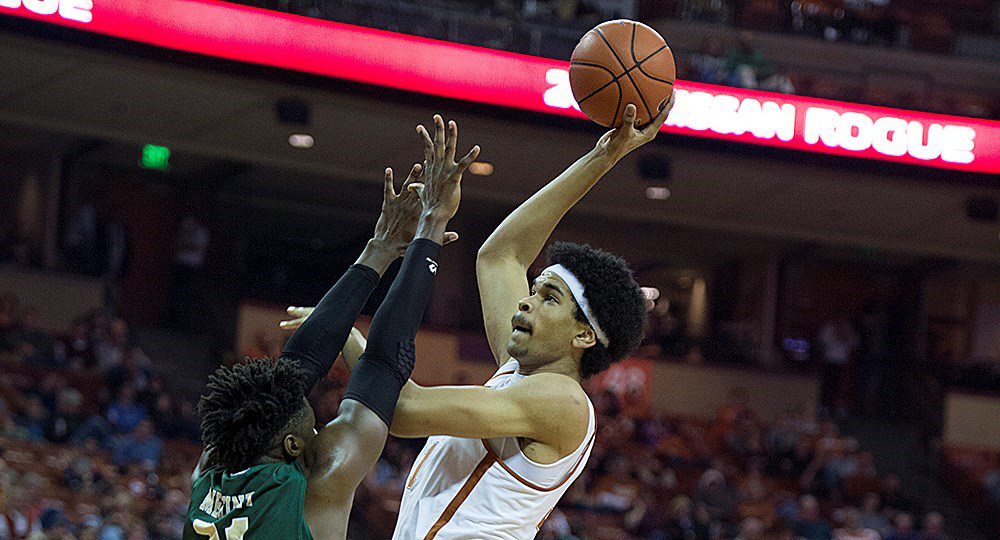 AUSTIN, Texas — There was nothing pretty about the Texas men's basketball team's free-throw shooting Tuesday against Iowa State, as the Longhorns missed nine of their 25 shots from the charity stripe heading into the final seconds.

So how can the suddenly calm-as-a-cucumber demeanor of freshman center Jarrett Allen when he went to the line to shoot what ended up being the deciding points with seven seconds to play in Texas’ 67-65 victory over the Cyclones in Big 12 Conference play at the Frank Erwin Center be explained?

“I knew I could do it and I had to relax," Allen said after the win, Texas’ third in a row at home on its final possession. "I didn’t want to let my teammates down.”