After coming off a one-possession loss to Texas Tech last week, West Virginia looked the part of a team deserving of a spot in the Associated Press top 25 poll. The Mountaineers, outside of an opening field goal by Kansas State, led wire-to-wire and by as many as 24 points.

Will Howard threw more interceptions (three) than touchdowns (one) in a losing effort for the Wildcats. It snapped a four-game winning streak and ensured Kansas State would fall out of the top 25.

Kansas State, 4-2, will be on the road at Oklahoma State this week. West Virginia, 4-2, will travel to Texas.

Freshman Jalon Daniels threw for a touchdown and rushed for another in a losing effort.

Iowa State, 4-2, will return home to play Baylor. Kansas, 0-6, will be on the road in Norman to play Oklahoma.

In a 62-point effort for the Sooners, Lincoln Riley’s offense looked to take the form of years past. It helped to push Oklahoma back up into the top 20 in this week’s AP Poll, up from No. 24.

Henry Colombi threw for 227 yards and two touchdowns in what could have been Texas Tech’s opportunity to get back to .500. After the late-game heroics to beat West Virginia last week, this was undoubtedly a letdown game.

Texas Tech (2-4) will travel to Fort Worth for a date with TCU, while Oklahoma (4-2) will have a tune-up game against Kansas Saturday before playing Oklahoma State in two weeks.

TCU 33, Baylor 23
Darwin Barlow rushed for 117 yards and one touchdown Saturday to lift TCU over Baylor in McLane Stadium.

In what might have been the biggest head-scratcher of the afternoon, TCU raced out to a 30-0 lead by the second quarter. The dormant TCU offense awoke for the first 30 minutes, and then barely hung to by scoring three points the rest of the way. The Horned Frogs went 2-for-13 on third down, but managed to win.

Baylor quarterback Charlie Brewer threw for 201 yards and two touchdowns in the loss. He still threw for more yards than his TCU counterpart, but Baylor ran out of time in its comeback. 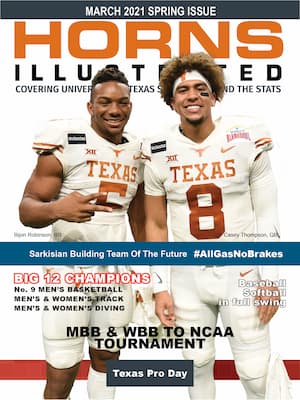