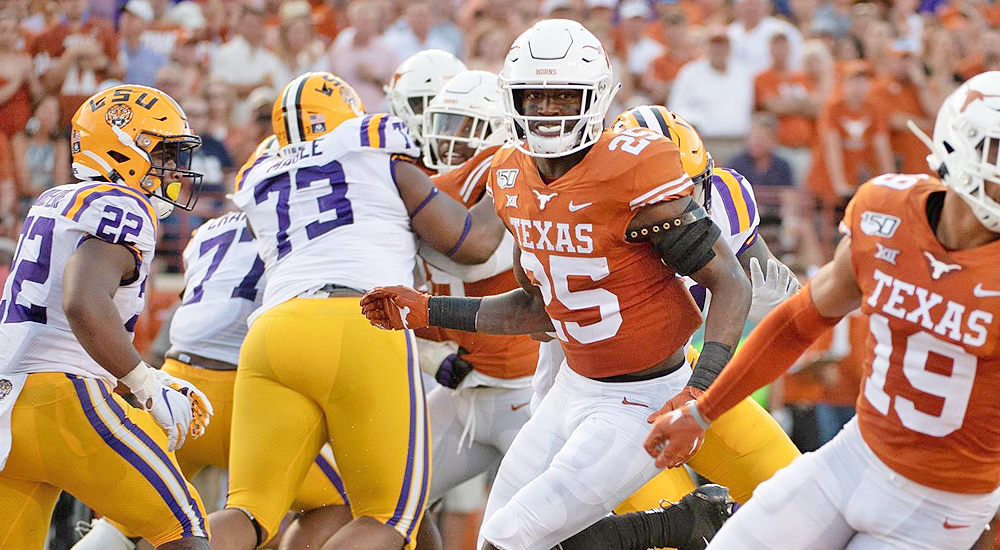 Texas safety B.J. Foster took exception to Jalen Hurts' statement that the annual Iron Bowl between Alabama and Auburn should have him prepared for the intensity of Saturday's Red River Showdown against Oklahoma (photo courtesy of texassports.com).

Oklahoma quarterback Jalen Hurts will play in the Red River Rivalry for the first time after transferring from Alabama last spring.

Following the Sooners’ win over Kansas last week, Hurts told the media he should be prepared for the game after playing in the Iron Bowl (the Crimson Tide’s annual showdown against in-state rival Auburn) during his time at Alabama, but