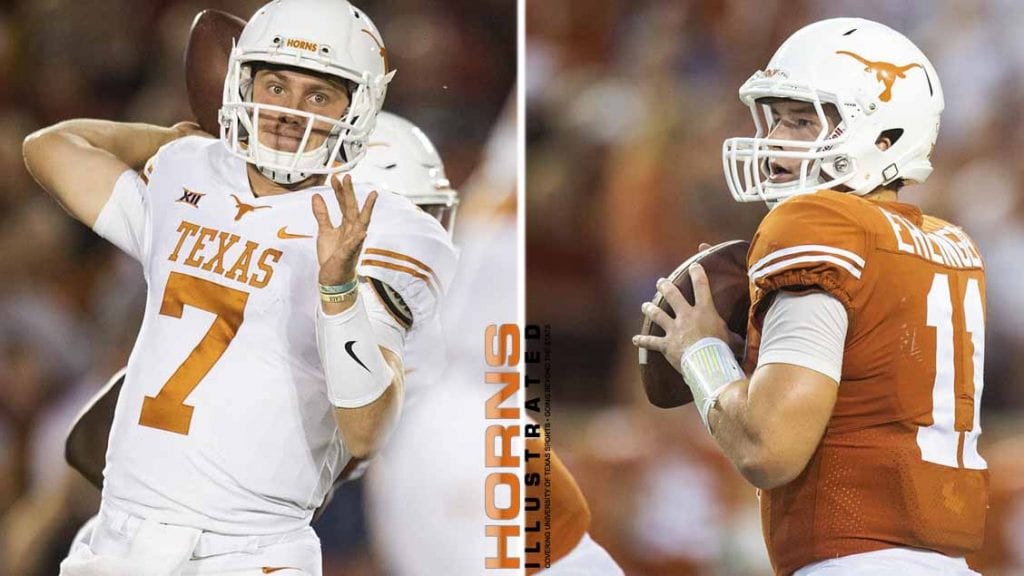 The Longhorns look for a win in Stillwater, Okla. Saturday while still uncertain if Shane Buechele (7) will start or if Sam Ehlinger (11) is healthy enough to go (Image by Horns Illustrated).

AUSTIN, Texas — A lot of the talk in the Longhorns’ open week was about the status of starting quarterback Sam Ehlinger.

Ehlinger, who suffered a sprained throwing shoulder in the opening drive of Texas’ 23-17 win over Baylor on Oct. 13, is continuing to rehab the injury in hopes of playing, and likely starting, on Saturday.

“There's a protocol, if you will, for overhead throwers with AC sprains that we want to make sure that we adhere to as aggressively as possible without making sure between have any major setbacks that could be lingering,” Texas coach Tom Herman said about Ehlinger’s injury and rehab while meeting with the press for his weekly availability on Monday.

“We probably won't know in terms of Ehlinger’s game status until Thursday, I would imagine. But if he's healthy and he's himself, then certainly he'll start.”