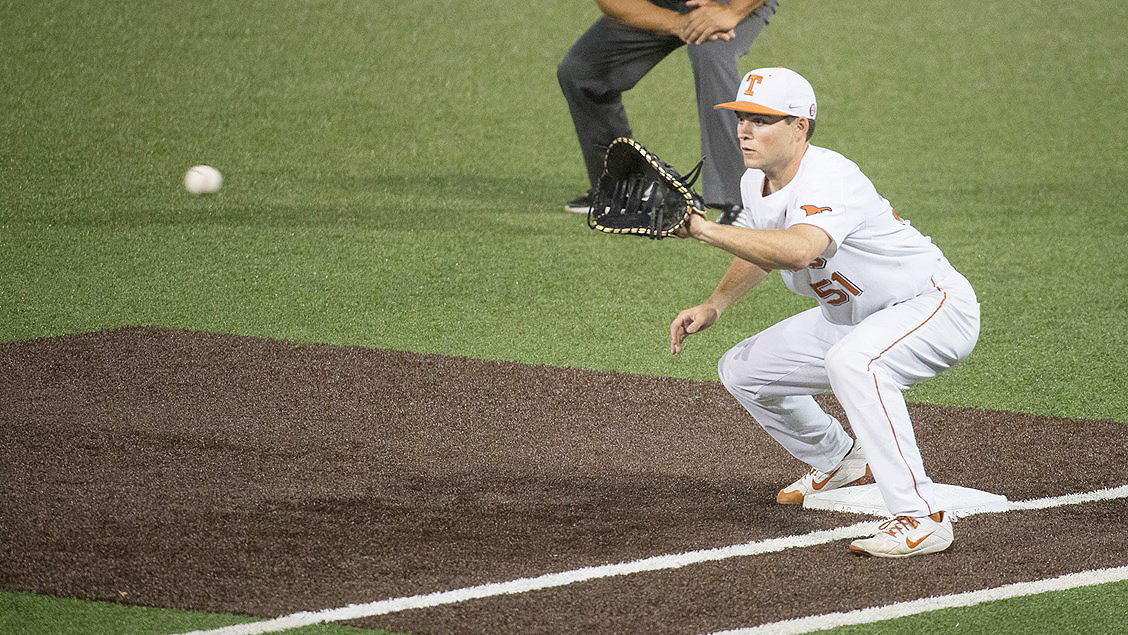 First baseman Jake McKenzie had three hits Saturday, but the rest of the Texas baseball team could muster on two more as the Longhorns fell, 5-4, to Tennessee Tech in the first game of the NCAA Super Regional (image courtesy of teaxssports.com).

AUSTIN, Texas — The Texas Longhorns withstood the storm, but the UT bats lacked the thunder needed Saturday, as the Longhorns lost, 5-4, to Tennessee Tech in Game 1 of the NCAA Super Regional.

A sizzling hot day turned into a cool afternoon as showers touched down in the sixth inning, which proved to be a fateful frame for Texas. There were opportunities galore for the Longhorns, yet the squad was only able to muster five hits on the day — three of which came off the bat of first baseman Jake McKenzie.

In a game expected to have plenty of offense from two scorching-hot clubs, it was the