ARLINTON, Texas — The Texas baseball team's offensive woes continued Monday afternoon, as the Longhorns closed out the Globe Life Field College Baseball Showdown with an 0-3 record after losing, 8-1, to No. 6 Ole Miss.

Monday's game mirrored UT's last two contests in several ways, and no more so than in the high number of strikeouts. Ole Miss starter Derek Diamond pitched a phenomenal six innings, allowing just four hits and striking out eight. Three of those strikeouts came in the top of the first, which cancelled out a two-out Eric Kennedy double down the left field line. It was only the beginning of what proved to be another long day at the plate for head coach David Pierce's squad.

Before the Horns even came to bat, though, the Rebels made their presence known. Texas starter Kolby Kubichek (0-1) needed 17 pitches to finish the top of the first, giving up a double to Ole Miss leadoff hitter Peyton Chatagnier, who tagged and scored on a sacrifice fly by freshman shortstop Jacob Gonzalez, putting the Rebels up, 1-0.

But starting in the second inning, Kubichek settled down and demonstrated why he won a spot in the rotation, posting four scoreless innings. With Texas still unable to hit — the Horns managed just two hits over the first four innings — it became evident as the fifth rolled around, that pitching would be the only thing that could keep the Horns in the game. It later turned out it was the very thing that could lose them the game, too.

While Kubichek fought from the mound, Texas showed signs of life at the plate in the fifth. Third baseman Cam Williams homered to right, tying up the contest at 1-1. Suddenly, it seemed possible the tide was turning. Consecutive flyouts ended the bottom half of the fifth, but with a tied ballgame, it appeared possible the Horns might leave Arlington with a win after all, despite poor hitting. That's when it all unraveled.

Kubichek hit the showers before he could even record an out in the sixth, giving up a double that was only the beginning of the Rebels' largest inning. Lucas Gordon was summoned from the UT bullpen, but the freshman did little to stop the bleeding in his first collegiate appearance, walking the first batter he faced before allowing an RBI single three pitches later. The Rebels did not stop there, as reliever Drew Shifflet came in and induced a flyout by catcher Hayden Dunhurst for the first out of the inning, but Gonzalez tagged from third and scored. Two batters later, Ole Miss center fielder Justin Bench drove two runs home on a perfectly placed single.

By the time the Longhorns stepped to the plate in the bottom of the sixth, Ole Miss had taken a commanding 5-1 lead.

The Texas offense remained dormant the rest of the way, as the Longhorns struck out five times over the final three innings, with just one hit.

The Rebels added to their lead in the ninth, pushing three across the plate in large part due to a solo homer by first baseman Trey LaFleur and an RBI triple by Gonzalez.

In consecutive losses to Mississippi State, Arkansas and now Ole Miss, the Longhorns have been outscored, 20-4, and struck out 46 times in three games. Through three games, the Longhorns have a team batting average of just .167. Only one player, second baseman Murphy Stehly, is hitting over .300 (.375); of the other 12 Texas players with at least one at-bat this season, just four are hitting .200 or higher.

"You want to give the crowd a good first impression and we weren't able to do that," Kennedy said. "With that being said, we're extremely motivated. This weekend showed us where we need to be if we want to (make it) to Omaha."

That road to Omaha continues Wednesday as BYU travels to Austin for a four-game set. By the end of the series, Texas will have played seven games in eight days, and have plenty of chances to find its rhythm at plate.

"Did we play well? No. Was Arlington an incredible field and kicked our butts? Yes," Pierce said after Monday's loss. "We just look at it like that. We're not going to feel sorry for ourselves and I can't wait until we play again." 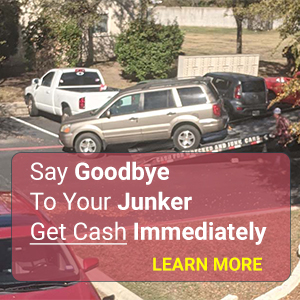