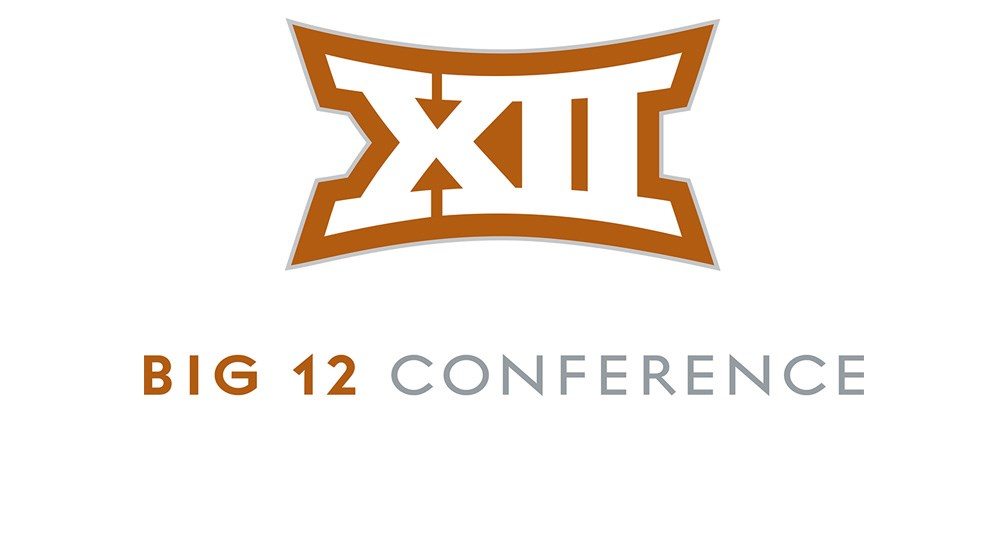 IRVING, Texas--As the calendar turns to July 1 and a new athletic season, the Big 12 Conference has undertaken a new set of branding and identity standards, beginning with the 2014-15 school year.

"Today marks an exciting day for the future of the Big 12 and its member institutions," commented Big 12 Commissioner Bob Bowlsby. "The Conference is proud to launch a new logo that integrates the league's iconic heritage with a progressive new look."

The new logo is the most visible part of the introduction of a complete set of identity standards that will be used throughout the Big 12 at each of its member institutions. A re-designed website at Big12Sports.com has also debuted, containing information on each of the league's 10 member institutions and all of the conference's 23 nationally-competitive sports. The site garners some of the highest traffic numbers in the collegiate space, with over 21 million page views in just the past year. The website is maintained via a partnership with NeuLion, a leading broadcaster of live and on-demand sports video over the Internet.

Another key component is the introduction of the Big 12's "One True Champion" microsite at onetruechampion.org. The site reinforces the message that Big 12 teams don't win a regular-season conference title because of who is not on your schedule. All champions are decided in the fairest way possible—everyone plays everyone, every year, the same number of times.

Video will continue to be a strong component of the digital platforms, as Big 12 Digital produced more than 400 pieces of original content and over 90 hours of live coverage in 2013-14. The Big 12 Minute, the first digital report of its kind in college sports, remains the cornerstone and will continue to set a high bar during the 2014-15 campaign, showcasing the events and accomplishments of the programs, coaches and student-athletes that comprise the Big 12.

Another acclaimed microsite—Big12MakingaDifference.com—provides information on the academic accomplishments of Big 12 institutions. It highlights how league institutions are using advances in science, technology, engineering, and mathematics (STEM) to make a difference in society.

Supporters of the Big 12 who want to boast their conference pride with the new look can purchase gear and apparel from the Big 12 Store, the league's e-commerce solution that is available via Big12Sports.com.

About the Big 12 Conference
The Big 12 Conference is comprised of 10 Universities - Baylor, Iowa State, Kansas, Kansas State, Oklahoma, Oklahoma State, TCU, Texas, Texas Tech and West Virginia. The Big 12 is an NCAA Division I intercollegiate athletics conference that encompasses five states with over 38 million people within its geographic footprint. Entering its 19th year, the Conference has produced 585 Academic All-America selections and claimed national championship team titles in 17 of its 23 sponsored sports. Its student-athletes and teams have combined for 552 individual NCAA titles and 53 team national championships. More than 4,200 student-athletes from across the United States and around the World compete annually under the Big 12 banner.