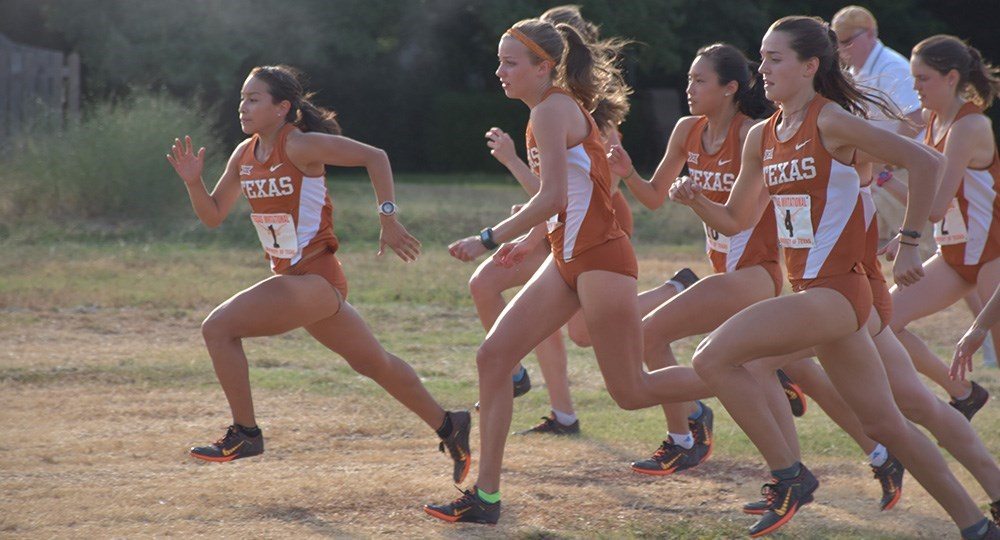 For the first time in two years, the University of Texas men's and women's cross country teams are ranked among the top 30 teams in the nation (photo courtesy of texassports.com).

AUSTIN, Texas — The Texas men’s team has cracked the United States Track & Field and Cross Country Coaches Association (USTFCCCA) Coaches Poll for the first time this season, at No. 30, joining the UT women in being recognized among the nation's elite. The Texas women's team slipped a spot, to No. 27, as UT heads into a week off as they prepare for the Oct. 17 Pre-National Invitational in Louisville, Ky.

The course also will be the site of the NCAA Championships in November.

The drop by the UT women was something of a surprise, considering the Longhorns won the women's side of the Longhorn Invitational Friday. The men's team finished second by a single point behind meet champion North Texas.

This marks the first time since the fourth week of the 2013 poll that both of the Texas teams are ranked among the nation's top 30. Two other Big 12 teams — Iowa State and Oklahoma State — also have a team in both rankings.

The Texas women's team is undefeated this season, having finished first in all three meets in which it has been entered.

Texas is preparing for the Pre-National Invitational in Louisville, Ky., next week. The Longhorns will take on a number of ranked teams for the first time this season and race on the same course the NCAA Championships will be held on in November.