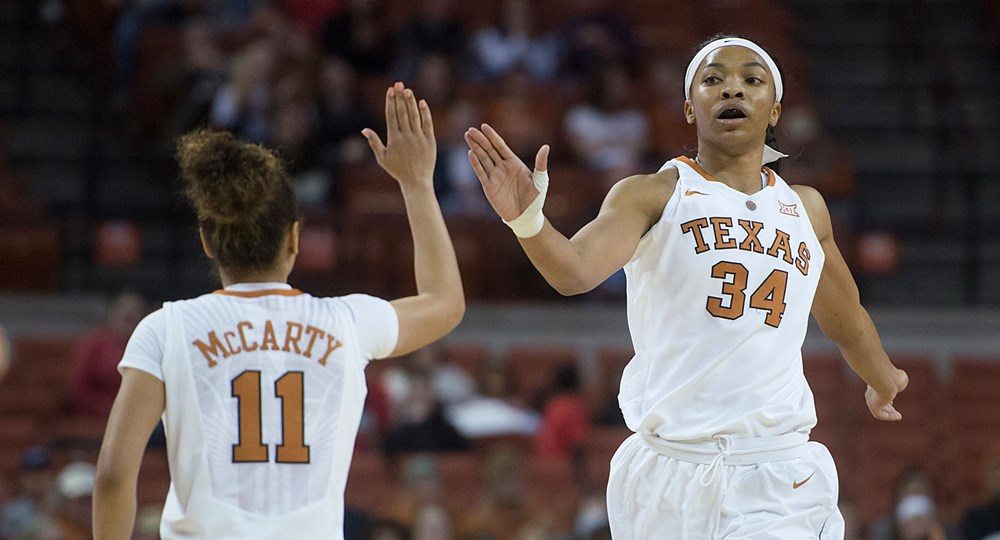 AUSTIN, Texas — Senior Texas center Imani Boyette has been named the Big 12 Conference Player of the Week following her standout performances in the team's first two league games of the 2015-16 season, the Big 12 office in Irving, Texas, announced Monday. The honor was determined by a vote of a media panel that covers the conference.

Boyette was the only player in the Big 12 to record two double-doubles this past week, helping the Longhorns to a 65-54 road win at West Virginia last Wednesday night and an 86-62 victory against Texas Tech on Saturday night in Austin.

Boyette averaged 19.5 points per game, 12.5 rebounds per game and 5.0 blocks per game over the course of the first week of conference play.

Against Texas Tech on Saturday, Boyette charted her third 20-point performance of the season with 24 points, also registering 11 rebounds and four blocked shots.

Boyette increased her career-scoring total to 1,124 points, which moved her into 31st place on the school's all-time career scoring list.

Boyette and Texas return to action on Wednesday when the Longhorns play host to Iowa State. Tip-off in the Frank Erwin Center is slated for 7 p.m. CT and the game will be televised nationally by Longhorn Network.