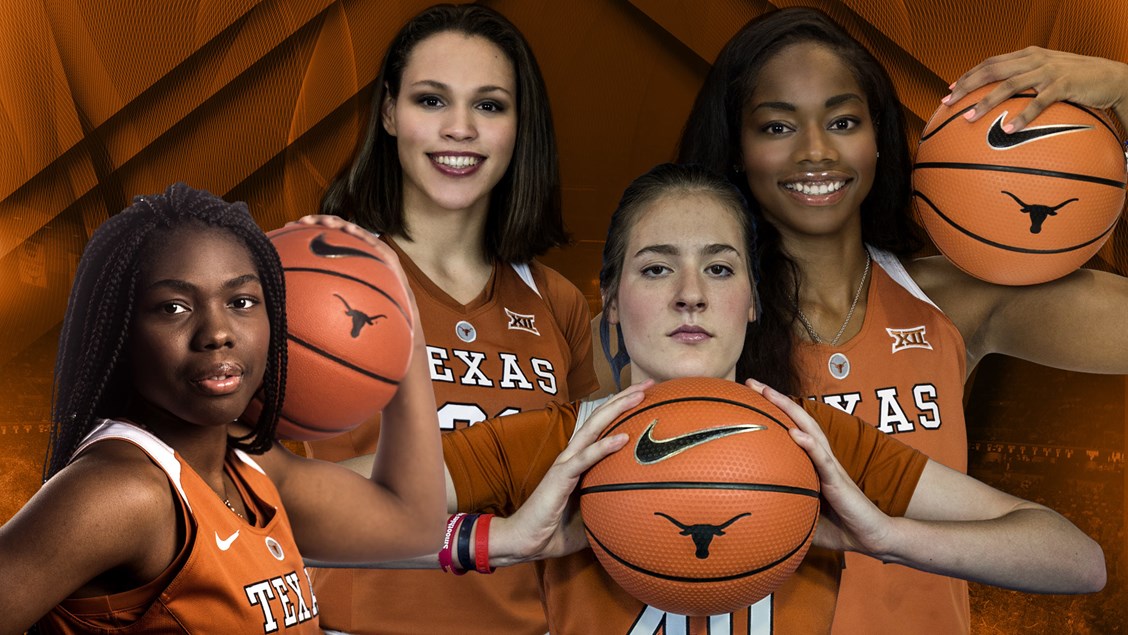 The Texas freshmen class is making an impact and will be counted on for crucial depth as the season rolls on (Photo courtesy of Texas Sports).

The No. 11 Texas Women’s Basketball team has shown it’s stacked this season, and well stocked for the future to come.

When the Longhorns fell to UCLA 84-75 in the 2018 Elite Eight, they didn’t just end the season with a defeat, they lost something else — or rather, someone else.

Two someone’s to be precise, as Brooke McCarty and Ariel Atkins were staples for Karen Aston’s Texas program.
As members of her first recruiting class, the duo consistently performed to a high level, with McCarty fronting the action at the point and Atkins pouring in points at forward.

However, that loss to UCLA ended their careers on the Forty Acres and left the coaching staff looking for players who could fill the shoes left behind. When No. 1 overall recruit Charli Collier, and a trio of — Shae Routt, Joanne Allen-Taylor and Audrey Warren, along with 6’7” center Sedona Prince, stepped onto campus, it seemed the coaching staff found their answer.