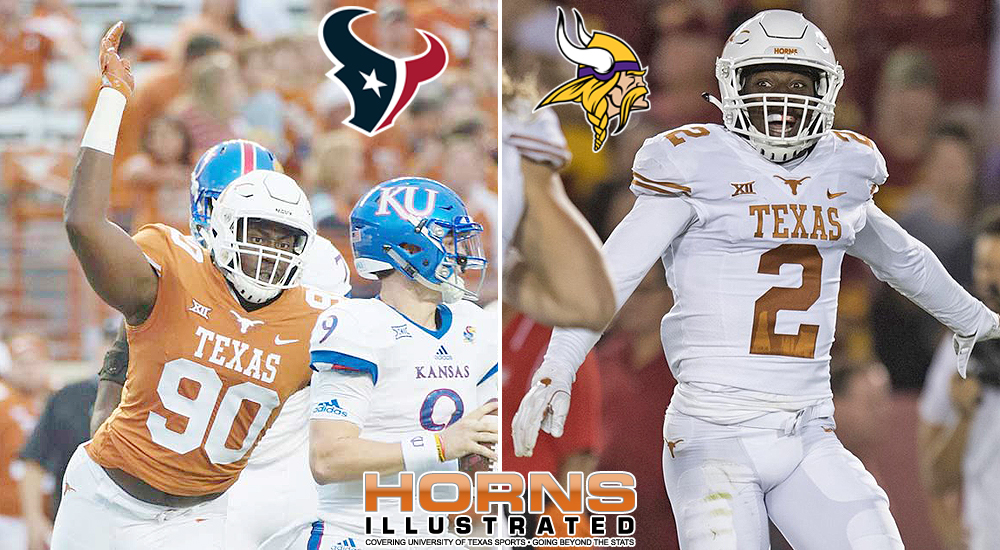 Defensive end Charles Omenihu and cornerback Kris Boyd became the latest University of Texas football players to be drafted when the Houston Texans grabbed Omenihu in the fifth round and the Minnesota Vikings claimed Boyd in the seventh (photos courtesy of texassports.com / graphic by Horns Illustrated).

AUSTIN, Texas — The National Football League welcomed its next class of players this week in its annual draft, and among the players whose names were called in Nashville, Tennessee, were a pair of Texas Longhorns: defensive lineman Charles Omenihu and cornerback Kris Boyd.