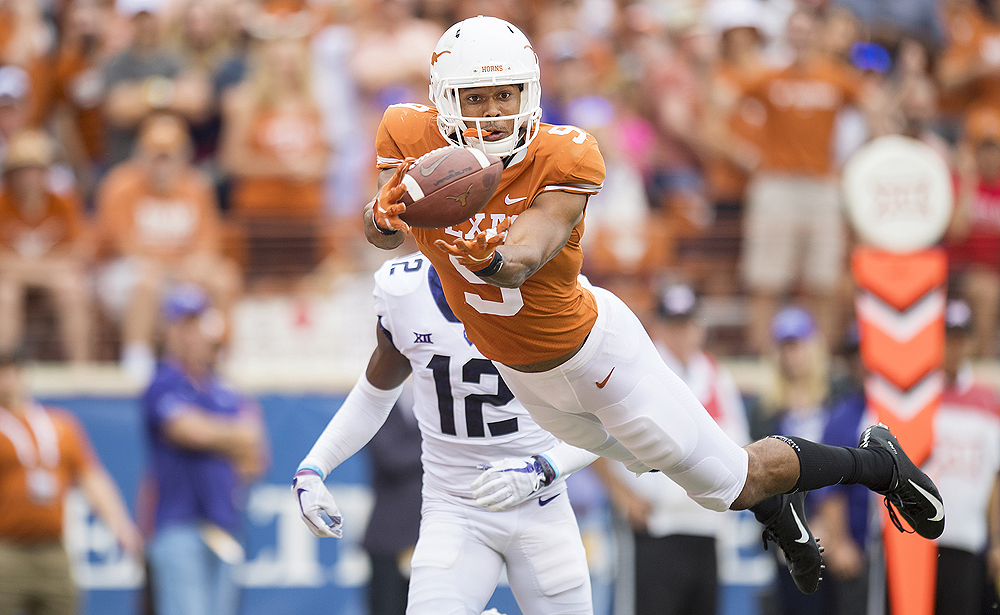 AUSTIN, Texas — Texas wide receiver Collin Johnson is one of the nation’s top wideouts, but one would be hard-pressed to believe that claim from the relatively pedestrian statistics he has produced in the Longhorns’ first two games.

Johnson appears to be poised to break out in a big way this Saturday when the Longhorns travel to Houston to play winless, and outmanned, Rice at NRG Stadium. Texas has defeated the Owls in 41 of the 42 teams' meetings since 1966, and don’t expect that trend to change this week at the home of the NFL’s Houston Texans.

It would be foolish to