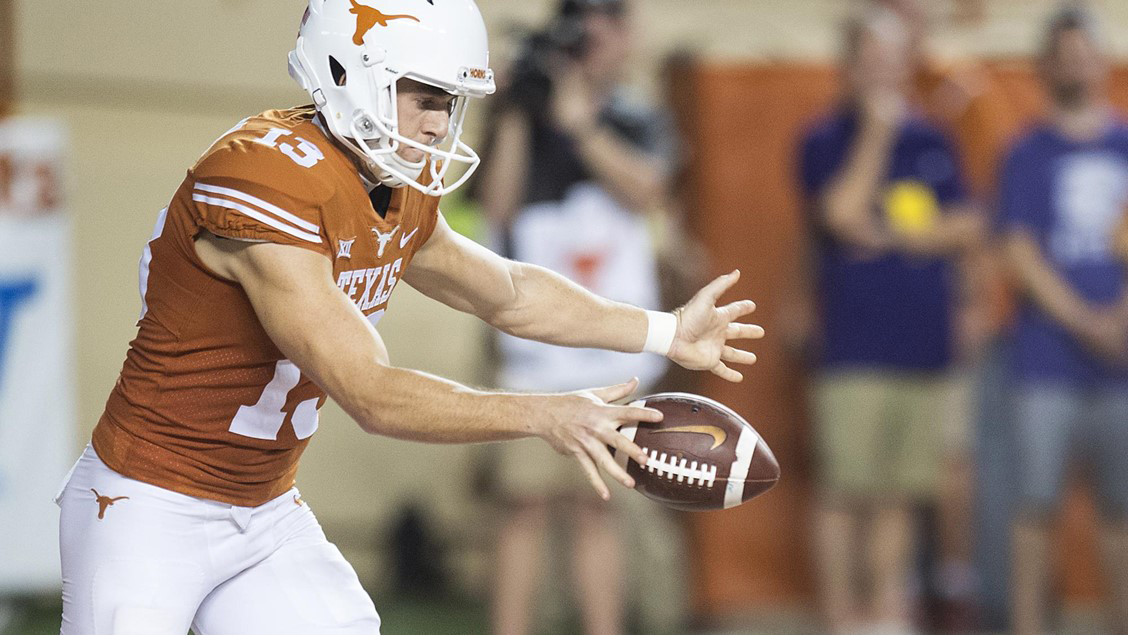 Punter Michael Dickson had 10 of his 11 punts — two of which sailed at least 55 yards — downed inside the 20 to earn Most Valuable Player honors while helping the Texas football team beat Missouri in the Academy Sports + Outdoors Texas Bowl, 33-16 (photo courtesy of texassports.com).

HOUSTON, Texas – In a game determined by field position and defense, the Texas Longhorns had the right players in the right places at the right times to beat Missouri, 33-16, Wednesday in the Academy Sports + Outdoor Texas Bowl at NRG Stadium.

It sure helped, too, that the Longhorns had the battle’s most important weapon, punter Michael Dickson. But would it be surprising to learn that Texas coach Tom Herman has never even called Dickson, the winner of this year's Ray Guy Award (given annually to the nation's top punter) by his name, even after Dickson won the award for the most valuable player in Wednesday’s victory?