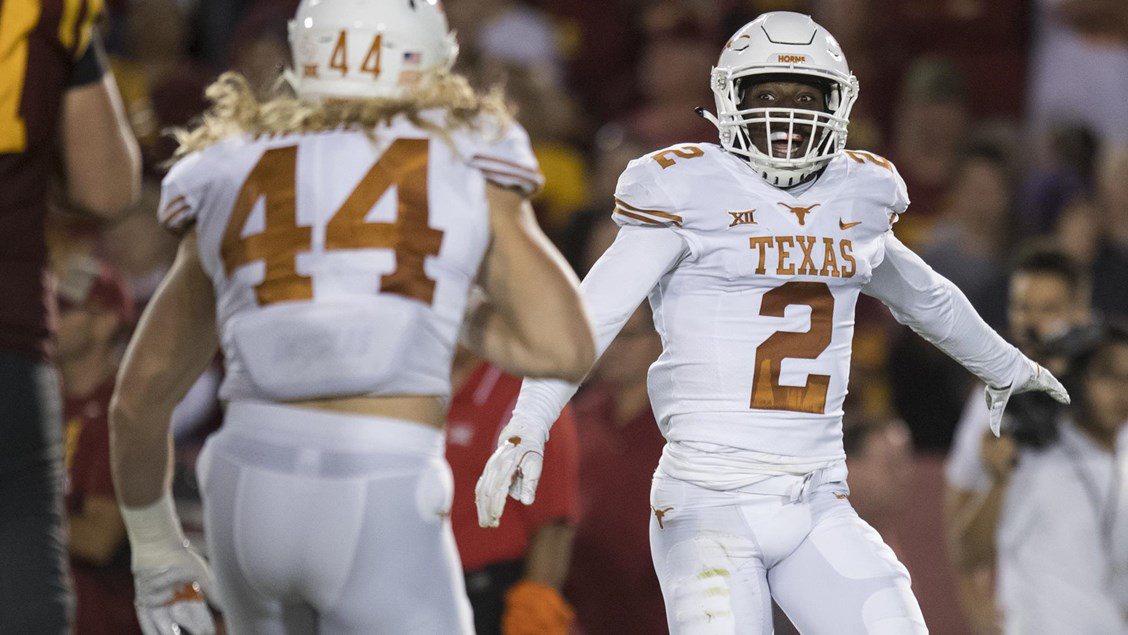 Defensive back Kris Boyd (2) shared the team lead with 11 tackles and broke up a pair of passes, but the Texas football team still lost at home, 13-10, to No. 10/11 Oklahoma State (photo courtesy of texassports.com).

AUSTIN, Texas – Make no mistake; the Texas football team is much improved and appears to be taking the steps it needs to return to the top of the college football heap. But moral victories are getting really stale, and the latest example — a 13-10 loss Saturday afternoon to No. 10 Oklahoma State — illustrates that the Longhorns, no matter how much they have progressed, can’t get out of their own way long enough to get over the hump.

UT's defense did its part against the Cowboys before a crowd of 92,506 at Darrell K Royal-Texas Memorial Stadium, holding the high-powered, nation-leading offense at bay with a smash-mouth, bend-but-don’t-break performance that had Oklahoma State on its heels all game.