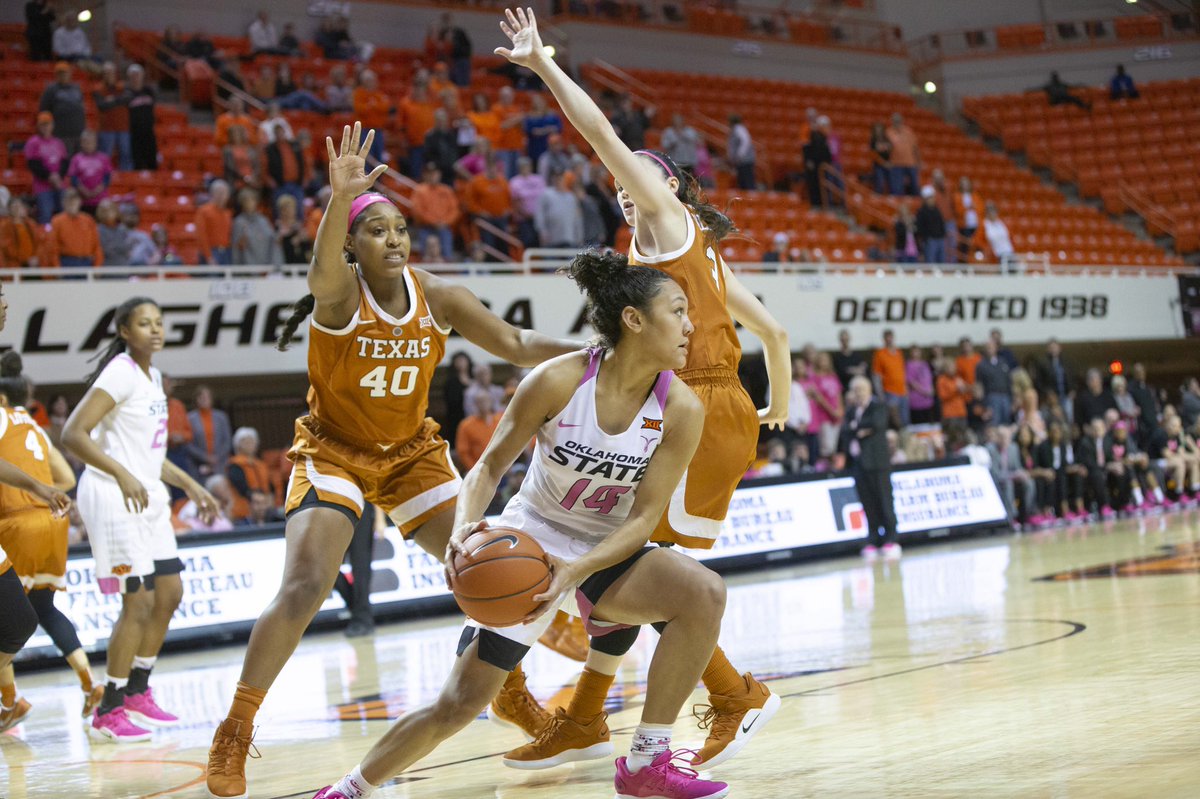 Texas took down Oklahoma State on the road Tuesday to earn the Longhorns' 20th win this season (Photo courtesy of Texas Sports).

A tenacity away from home helped the ‘Horns capture their 20th win of the season.

Led again by point guard Sug Sutton, the No. 14 Texas Women’s Basketball team is surging at just the right time as evidenced by a 61-55 win over Oklahoma State in a tough environment in Stillwater, Okla.

Three Longhorns pitched in with 10 points each, as graduate transfer Danni Williams, junior Joyner Holmes and freshman Charli Collier all hit that plateau.

The depth down low showed just what a spark it could be for Texas as numerous players stepped up while Jatarie White suffered through foul trouble during the game.

Senior Mide Aborowa helped control the action in the paint with a team-high eight rebounds.

“I thought the difference in the game probably was the contributions from Mide and Charli Collier because obviously Jatarie was in foul trouble the whole game and those two really gave us a lift,” head coach Karen Aston said.