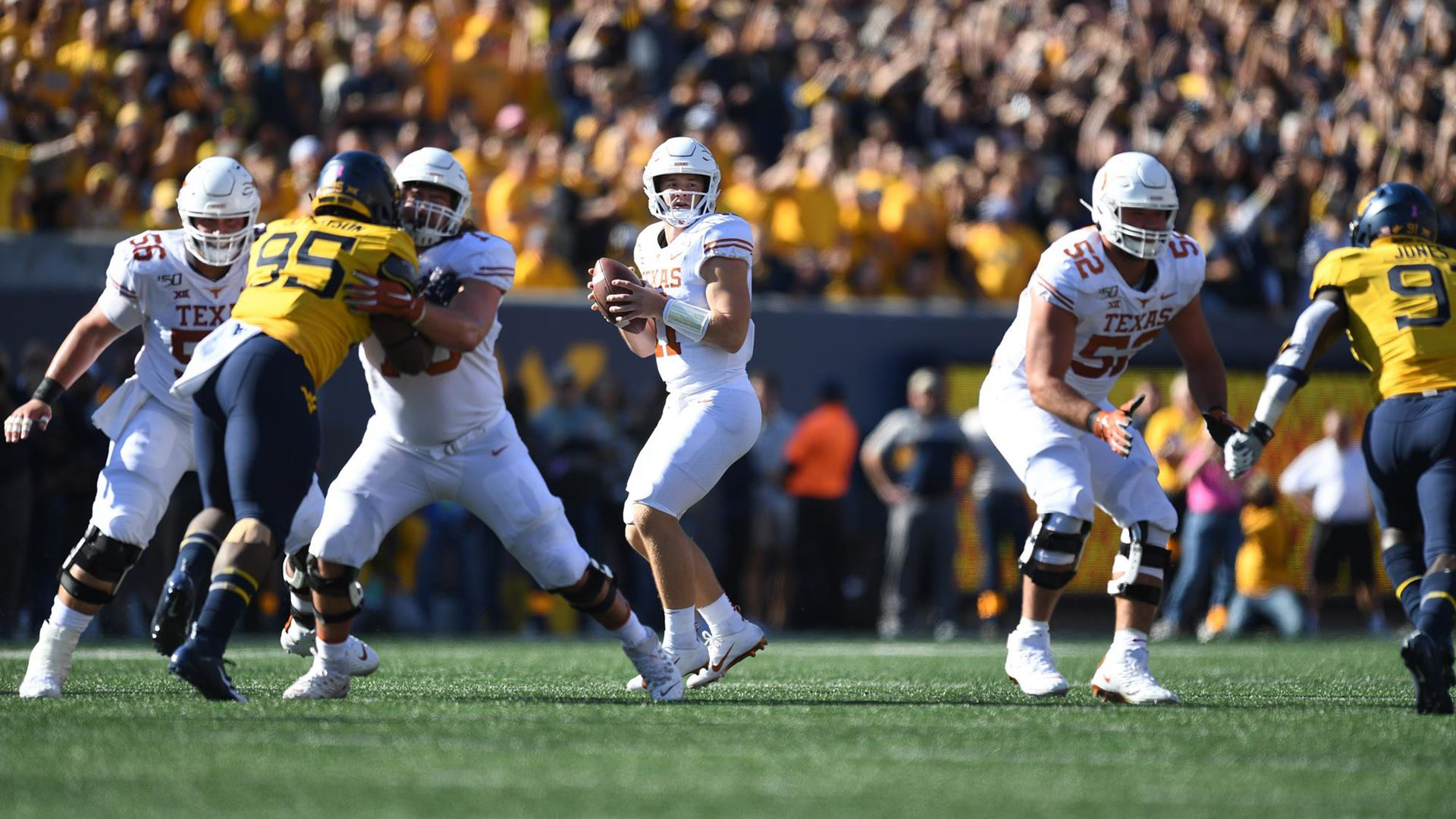 MORGANTOWN, West Virginia — No. 11  Texas combined a tried and true method with a little trickeration, and added a double shot of Jamison (D’Shawn, that is), for a rousing 42-31 win over West Virginia Saturday in Big 12 Conference play at Milan Puskar Stadium in Morgantown, West Virginia.

Quarterback Sam Ehlinger provided the tried and true, passing for 211 yards and two touchdowns and ran for two additional scores. The trickery came via fourth-quarter rushing touchdowns by players usually used in other roles, while Jamison’s two athletic interceptions set the table for the Longhorns.