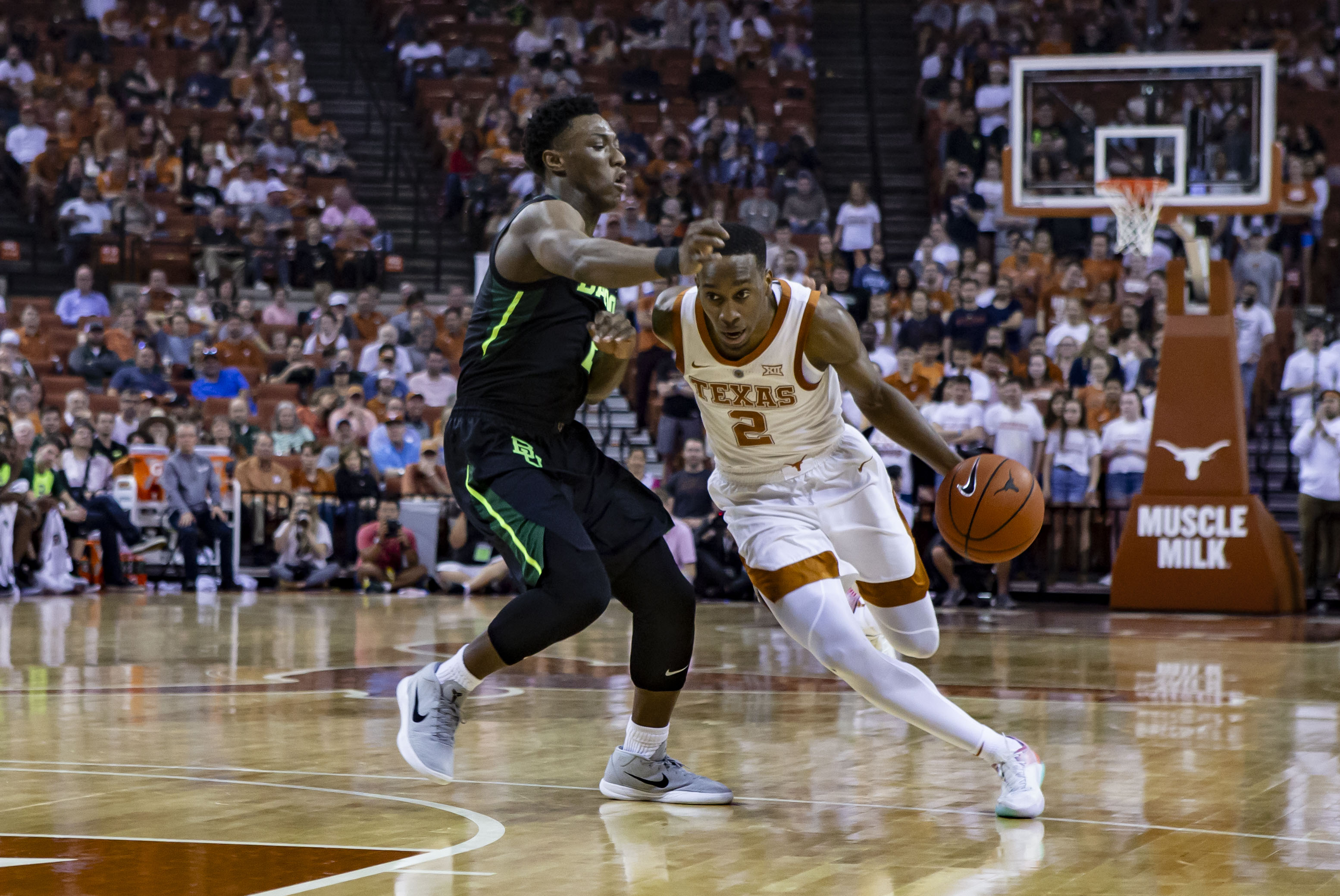 AUSTIN, Texas — If fans are having a hard time figuring out which Texas team will show up from game to game, they are not alone. Anyone who has a notion about whether and when the Longhorns will come to play should contact Texas coach Shaka Smart forthwith — he would certainly be much obliged.

The Longhorns have been nothing if not enigmatic this season, beating the likes of No. 7 North Carolina, No. 20 Oklahoma and No. 11 Kansas, but losing to Radford and Virginia Commonwealth, at home, and Oklahoma State in conference play.

Then there was UT's emphatic 84-72 win Wednesday over Baylor in Big 12 Conference play at the Frank Erwin Center, a game in which the Longhorns put everything together for a full game for the first time in two months.

Just as UT's 73-63 Jan. 29 win over Kansas snapped a 10-game losing streak, the Longhorns’ effort against the Bears Wednesday surprised just about everyone ... and proved, again, that Texas can beat anyone.

Or lose to anyone.

Geez, who knows what the Longhorns will do?

“We played well for the majority of the game,” Texas head coach Shaka Smart said. “The key for us, and it has been all year, is recovering from something that doesn’t go well for us during the game, and we did a better job of that tonight.

“We did a great job of playing defense, especially in the first half, and we did a good job on the boards against a team that is very good at rebounding. Baylor is a very physical team, and it played with nothing to lose in the second half, but we matched their physical play.”

Jaxson Hayes added 12 points for Texas, and Courtney Ramey scored 10 for the Longhorns in the win.

Jase Febres then canned back-to-back three-pointers to allow Texas (13-10 overall, 5-5 in Big 12 play) to pull back in front by 14 points. The Bears never got closer than nine points the rest of the way.

The win was just the Longhorns’ second in their past five games.

“Our guys knew we had to play really, really well to win, and that starts at practice,” Smart said. “We’ve been on them and we’ve been hard, but they’ve improved. They know we can compete with anyone, but to me it’s about the will to compete on every single play, getting us the best shot, and we are getting better at that.”

Texas’ five conference losses this season have come by a total of 20 points, an average of just four points per game. Texas is 3-4 this year in games decided by three or fewer points, and is 4-8 in contests decided by six points or fewer.

“It was a 40-minute game, and we’ve been concentrating on putting a whole game together and we did,” Roach said. “We are aware of the conference standings and we understand how good Baylor is. We had to play our best, with some recklessness and confidence.

“We just have to be more consistent on both ends and practice good habits. We have to play good defense, and we have in the past three games.”

There’s no doubt that the Longhorns have been up and down, but Texas brought its “A” game Wednesday.

“We got the good game tonight,” Baylor coach Scott Drew said. “You can only control what you can control, and we didn’t play our best in this game. Just a typical night in the Big 12: there are no opportunities to breathe or have a letdown in this league.”

Makai Mason, who scored 40 points in the Bears’ previous game, a 90-64 blowout of TCU last Saturday, had only five points on 1-of-7 shooting from the floor.

Next up for Texas is a trip to face reeling West Virginia, which beat the Longhorns by 30 points last year in to Morgantown. Nothing is easy in the Big 12, so don’t expect the Mountaineers to give anything but maximum effort.

“We have eight (conference) games left, and it’s wide open for the taking and we want to play our best,” Coleman said. “We had a bounce in our step tonight. Right now it’s crunch time. In the league, people are talking about five teams, and we are not one of them. We have to win at home and we have to win on the road.”