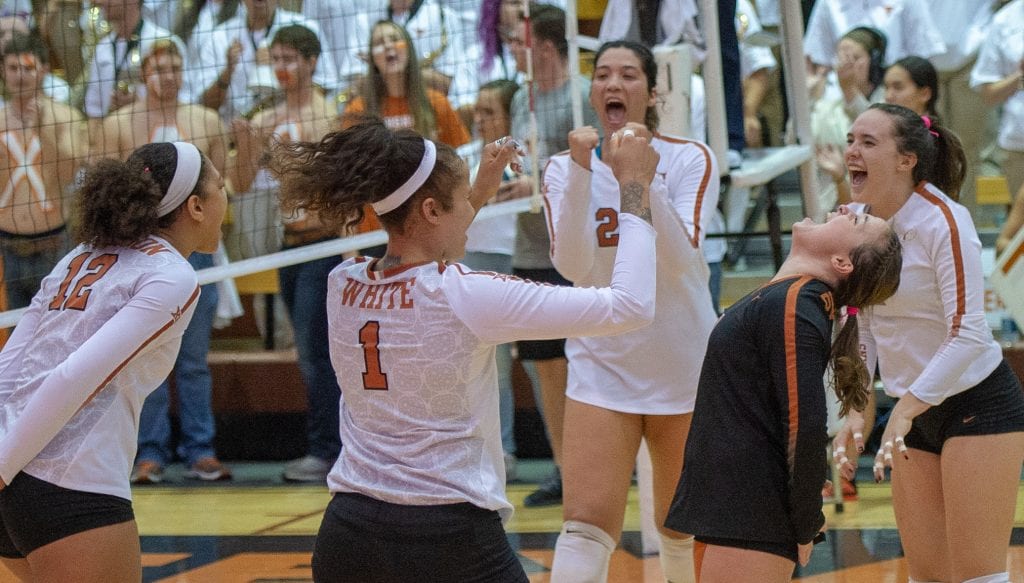 AUSTIN, Texas — It seems certain that this Texas Volleyball team will leave a lasting impact on into the offseason and beyond.

Joining her, seniors Yaazie Bedart-Ghani and Morgan Johnson, along with freshmen Logan Eggleston and Brionne Butler, all earned Honorable Mention accolades from the AVCA.

It marks the first All-America honor for Bedart-Ghani, Johnson, Butler, and Eggleston. The five All-American Longhorns were additionally named to the All-Big 12 teams and the All-Southwest Region Team.