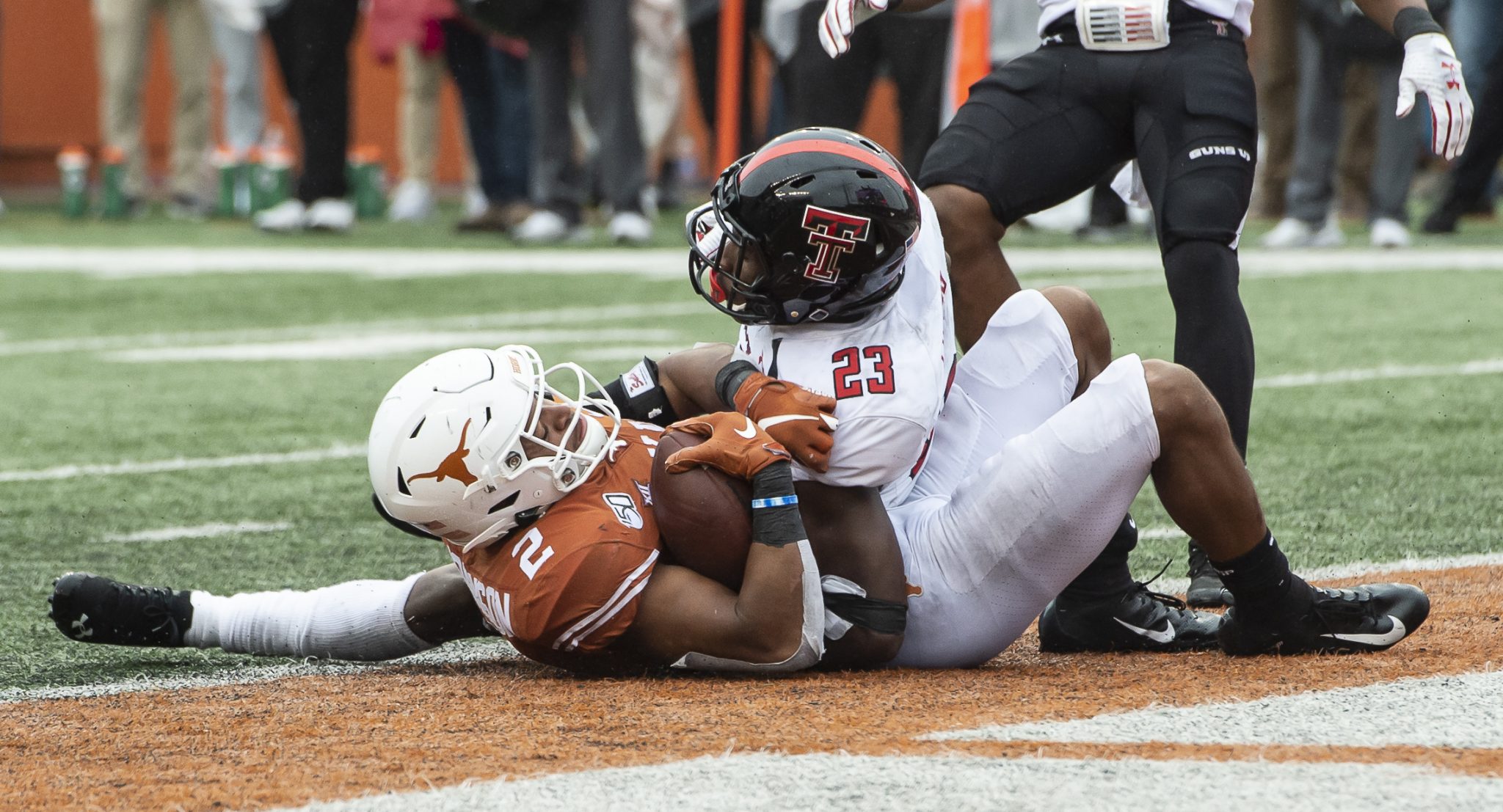 What was the difference for Texas in the win over Texas Tech?
This one is simple: the Longhorns were able to run the ball and control the game, especially in the last two-and-a-half quarters. That is something Texas was not able to do the past two weeks in losses to Iowa State and Baylor, and it made all the difference in the world.

“We ran the football … and we didn't abandon the run,” Texas coach Tom Herman said. “We knew two-, three-, four-yard runs were going to happen. We were going to stay committed to it. The offensive staff had a good plan. We played in a lot of ‘12 personnel’ [one running back and two tight ends] early in the game. Any time you can establish the run the way that we did kind of opens things up.”