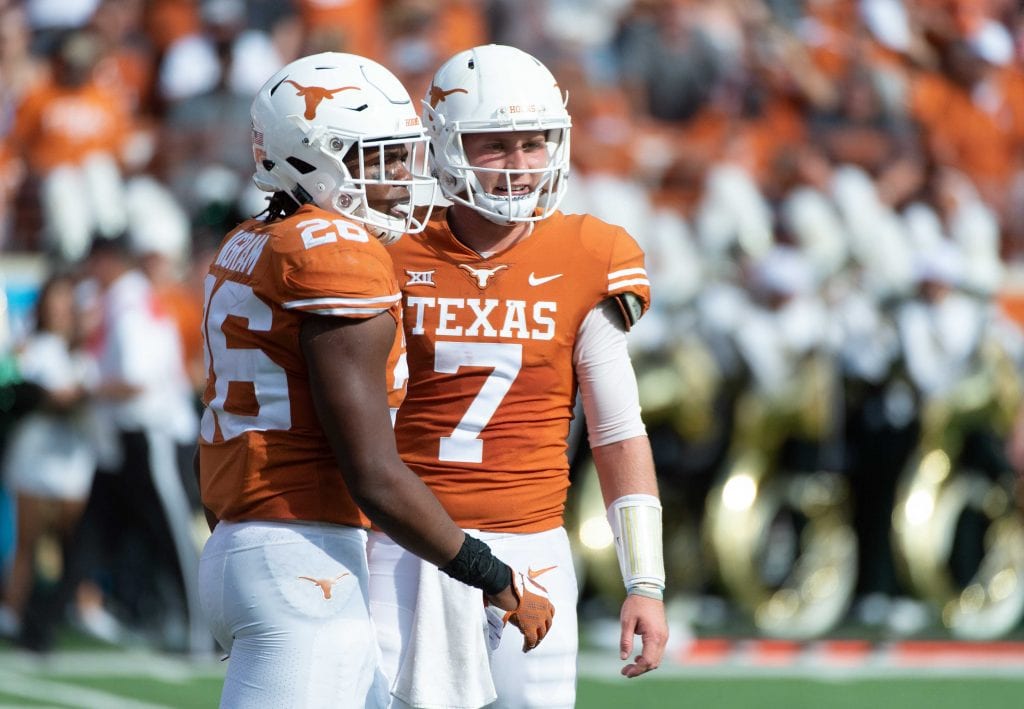 Shane Buechele and Keaontay Ingram look to the sideline to get the next play during the 23-17 Texas win October 13 at DKR (photo by Jesse Drohen/Horns Illustrated).

AUSTIN, Texas — Sam Ehlinger won the preseason competition to be the starting quarterback for Texas for a reason: he is the best man for the job.

Yet, there was little doubt that Shane Buechele would likely get important reps for the Longhorns this season, and his teammates have lauded him for how he's worked hard to be ready when his number was called.

Buechele hadn’t seen the field all year until UT's most recent game, a 23-17 win Oct. 13 over Baylor in Austin, when he came on in relief for an injured Ehlinger early in the game.

While there was admittedly a little rust and nerves that come from seeing the field for the first time, Buechele produced well enough to lead the Longhorns to the win, hitting on 20 of his 34 passes for 184 yards, a touchdown and an interception.

“I was a little antsy at first,” Buechele admitted about playing in the Baylor game. “Once adrenaline kicks in, you go to the basics of playing football.”