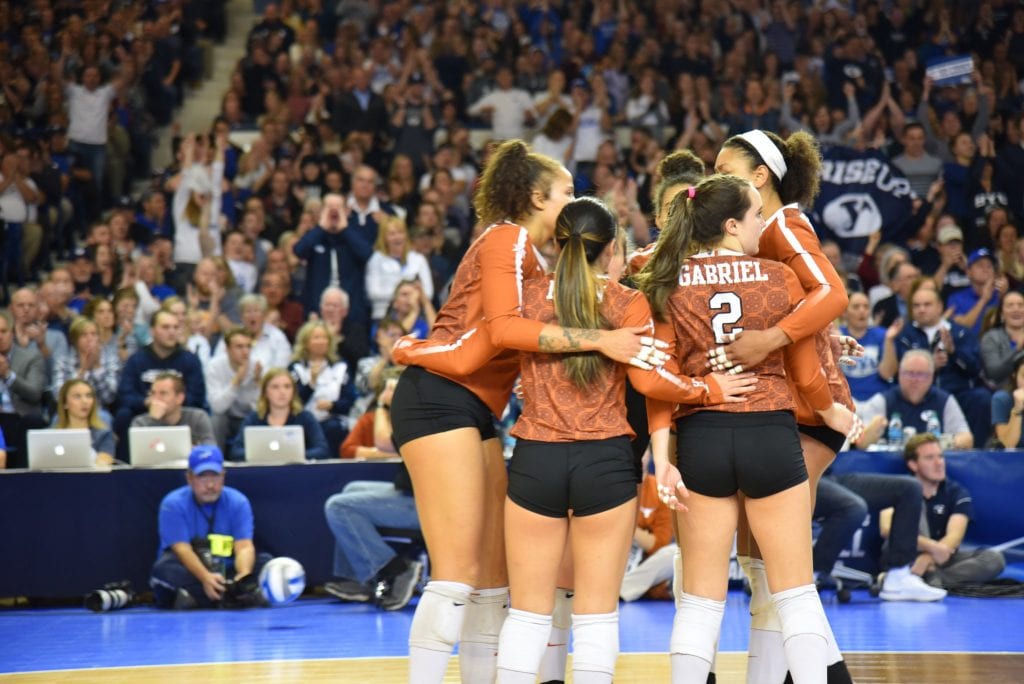 The Texas Volleyball squad's season came to a close Saturday night against No. 4 BYU in the NCAA Regional Final (Photo courtesy of Texas Sports).

On the precipice of taking an early game from No. 4 BYU Saturday, the Texas Volleyball team narrowly missed out on taking early momentum in a 3-0 loss in Provo, Utah. 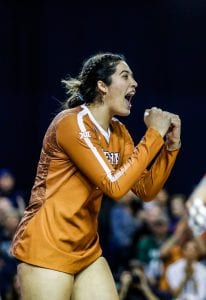 Though the Longhorns took a late lead in the third set and battled BYU to the end, the Cougards edged past Texas 25-23 in both the first and second sets before taking the deciding game 25-21 to complete the sweep in the NCAA Regional Final, also known as the Elite 8.

The No. 5 Longhorns (23-5, 15-1) are well represented on the Provo Regional All-Tournament Team, with Logan Eggleston, Micaya White and Brionne Butler all landing on the honors list.

Texas doubled BYU in blocks, outblocking the Cougars 16.5 to eight — with the 16.5 marking a season-high for the team — to keep pace and keep things tight, but the ‘Horns offense couldn’t break loose in the narrow loss. Butler paced Texas with nine blocks, with Yaazie Bedart-Ghani adding eight, Morgan Johnson tallying seven and White adding five.

Eggleston had a team-high 15 kills while Bedart-Ghani added seven and Butler had five.

Jhenna Gabriel dished out 31 assists and Sydney Petersen had six digs for the Longhorns.