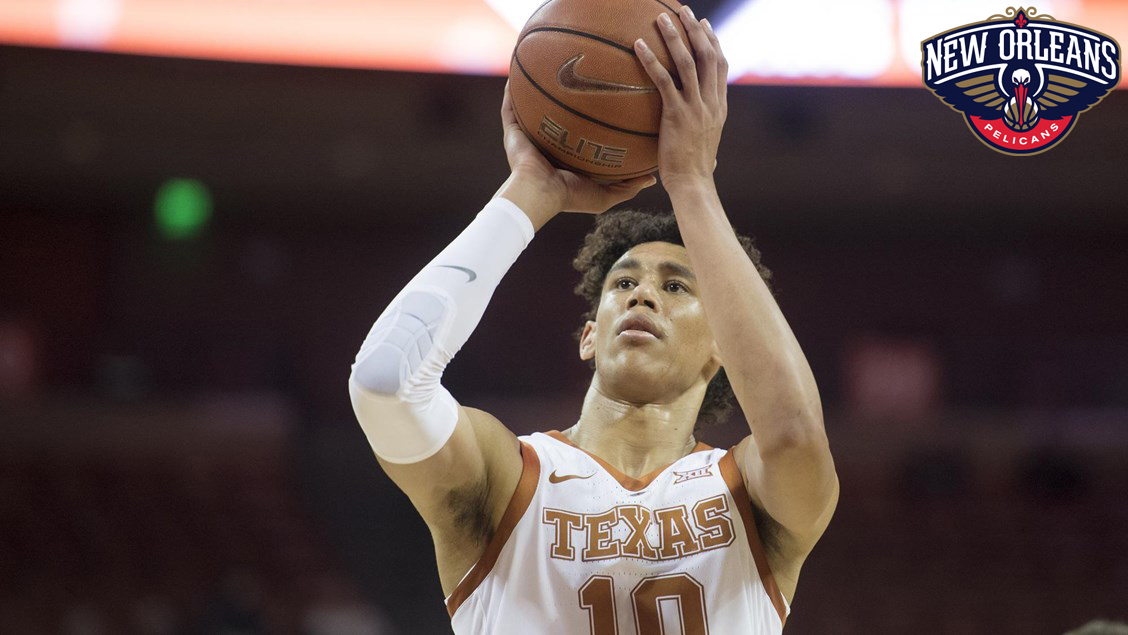 Texas forward Jaxson Hayes was drafted eighth overall by the Atlanta Hawks, but will be traded to the New Orleans Pelicans (photo courtesy of texassports.com / graphic by Horns Illustrated).

BROOKLYN, N.Y. — The player who at times made playing basketball look so easy is now headed to the Big Easy.

After just one season in Austin, Hayes was drafted with the eighth pick in the first round of the 2019 NBA Draft. When his name was called, Hayes strode to the stage at the Barclay Center in Brooklyn, shook the hand of NBA Commissioner Adam Silver and donned the hat of a team for which he won’t play. The Hawks reportedly agreed to a trade with the Pelicans before the draft in which Atlanta received the fourth overall pick in exchange for the No. 8, No. 17 and No. 35 (in the second round) picks in the draft. With that transaction, Hayes is