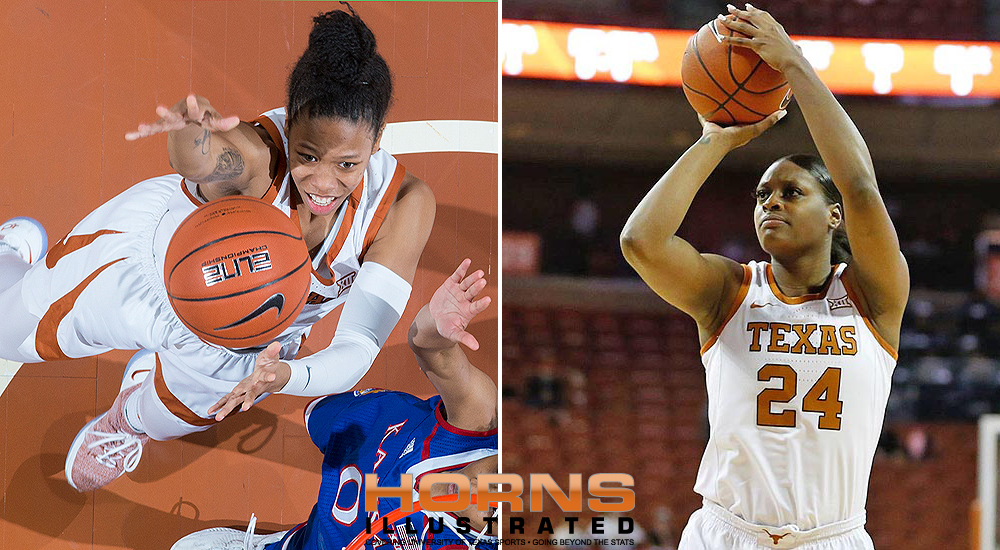 Guard Sug Sutton (left) and forward Joyner Holmes became the 11th and 12th Texas players to get selected in the WNBA Draft (images courtesy of texassports.com / graphic by Horns Illustrated).

AUSTIN, Texas — Texas forward Joyner Holmes and guard Sug Sutton capped off their final seasons with the Longhorns by hearing their names called in the WNBA Draft. Holmes was selected in the second round (19th overall) by the Seattle Storm, while Sutton was taken with the draft’s final selection (36th overall) by the Washington Mystics.

The selection of Holmes and Sutton raises to 12 the number of UT players who have been chosen in the WNBA Draft, and marked the first time in 15 years that the Longhorns have