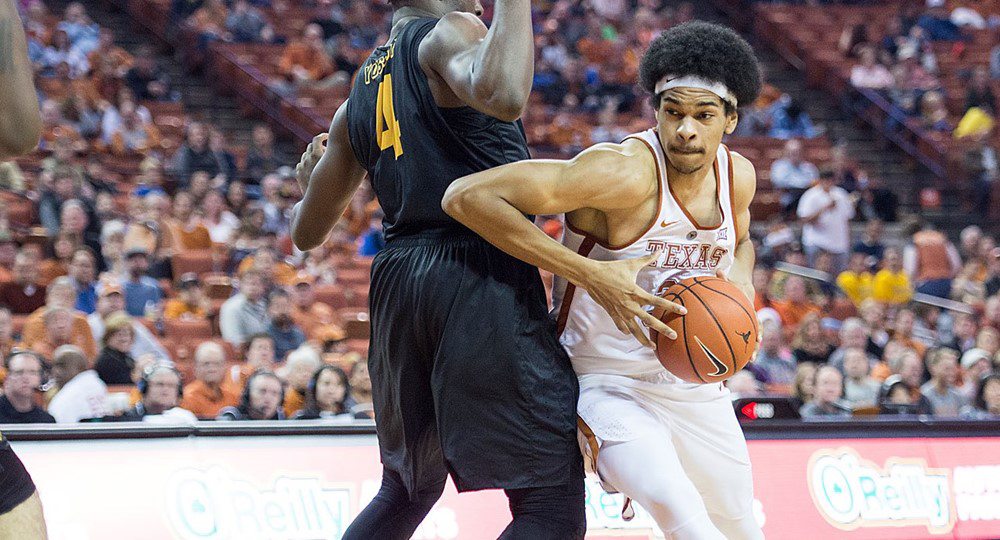 Freshman center Jarrett Allen led all players with 19 points and pulled down a team-high eight rebounds to help lead the University of Texas men's basketball team to a 62-58 home victory over Texas Tech (photo courtesy of texassports.com).

AUSTIN, Texas – All the close games the Texas men’s basketball team has played this year have steeled the Longhorns for the end game, and occasionally they’ve been able to make lemonade out of lemons.

Wednesday marked the second straight game in which the Longhorns made the plays they needed when guard Eric Davis, Jr. poured in 15 points and hit the deciding three-point basket with 29 seconds to play to lift Texas Longhorns past Texas Tech 62-58 in Big 12 Conference action at the Frank Erwin Center.