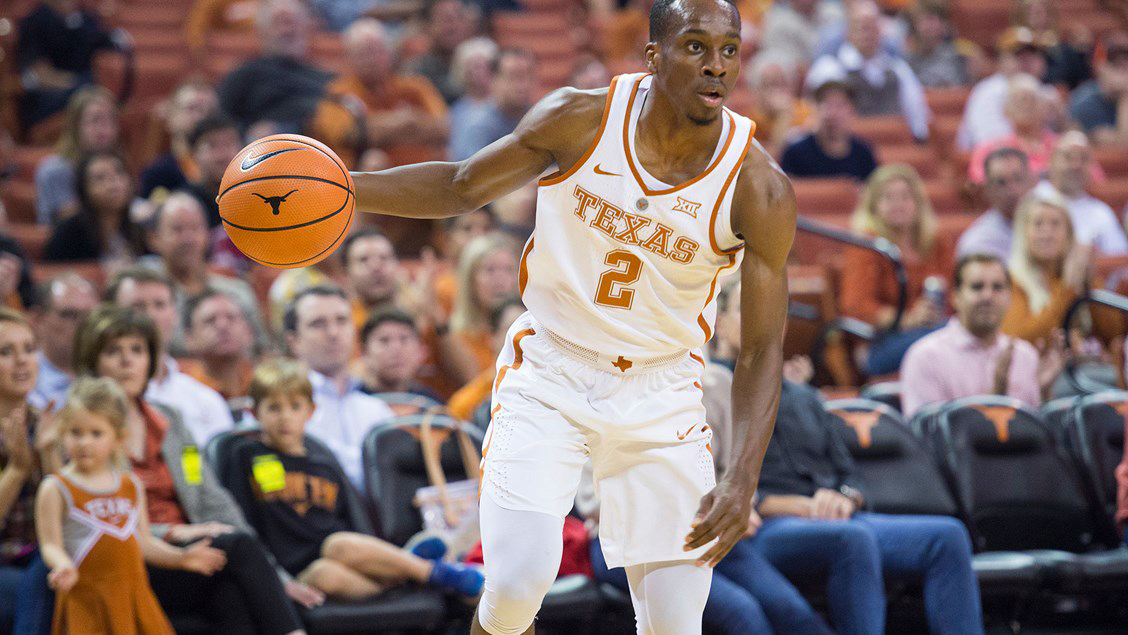 AUSTIN, Texas — By Texas coach Shaka Smart’s own admission, the practices running up to the Longhorns’ dustup Sunday against Purdue were among the most “combative” the team has had this season, born from a sense of urgency and back-to-back home losses to decent mid-major, but beatable, mid-major opponents.

Whatever the Longhorns worked on in those practices produced dividends Sunday as guard Matt Coleman, III, scored 22 points, including six in the final two-and-half minutes, to help the Longhorns outlast Purdue, 72-68, at the Frank Erwin Center and snap a three-game losing streak.

“We were on them — we were on our guys, and they were maybe the two most combative practices we’ve had, but not in a bad way,” Smart said. “There has been a mental strain on a team at the end of a semester and especially the way we’ve lost the past two games.

“We can’t change things we aren’t doing right – we have to do it right, first. We have to make our games about what we have to do for Texas to win, and not worry about who we are playing.”

The Longhorns led by just two points, 67-65, after a Coleman three-pointer with 2:26 to play. Purdue had a chance to take the lead but Ryan Cline missed on a 30-foot, three-point attempt with 1:13 remaining.

Coleman then hit a jumper in the lane with 43 seconds remaining to boost the Longhorns’ advantage to 69-65 before Carsen Edwards poured in a three-pointer with 32 seconds left to make it a one-point game. Coleman added a free throw with 21 seconds left but missed the back end, giving the Boilermakers another chance to tie or win.

The Boilermakers’ Aaron Wheeler turned over the ball over on the baseline while bumping into the Longhorns’ Jaxson Hayes, and, after a foul, UT guard Elijah Mitrou-Long converted a pair of free throws to ice the win.

“We just preached this week to just hoop, not try to be mechanic, not think about it, just go out there and play for each other and have fun,” Coleman said afterward. “We had to find a way to win, and shots were falling.

“It was important, and we needed this self-reminder that we are a good team and we just haven’t had some things go our way. This is basketball. It’s what we live for, and we need to have some fun.

Hayes added 14 points for Texas (6-3) while Kerwin Roach, II, and Mitrou-Long scored 10 each for the Longhorns.

“We needed some good ball screen defense, but Coleman got loose in the corner late a few times, and it hurt us,” Purdue coach Matt Painter said. “We wanted to keep the ball in front of us, and for the most part we did. When we had breakdowns, Texas took advantage of it.”

Edwards racked up a career high-tying 40 point for the Boilermakers in the loss, with Matt Haarms adding 10 for Purdue (6-4). Edwards, who’s from Atascocita in the Houston metropolitan area, hit seven of 14 shots from beyond the arc and 15 of 26 overall. The rest of the Boilermakers were 12-of-39 from the floor.

“I just wanted to win,” Edwards said. “Things came together, and I was able to make some shots. Texas made some big shots, too, down the stretch, and they are a good team."

The two teams went back and forth for the first 15 minutes of the first half before Texas slowly fashioned a seven-point edge, at 28-21, on a 3-pointer by Roach with 3:52 to play in the half. The Longhorns built their edge to 34-26 on a dunk by Hayes with 2:28 remaining before Purdue finished the half with a 5-2 run to pull to within 36-31 at intermission.

Edwards led all scorers with 12 points over the first 20 minutes, while Texas got 10 points in the half from Roach. The Longhorns outshot Purdue, 48 percent to 40 percent, in the first half and had nine assists on 11 made baskets.

The Boilermakers scored the first five points of the second half to take a 38-36 lead, after which the game changed hands on four occasions before Edwards poured in a three-pointer with 13:24 to play to tie the score at 45.

Edwards scored seven points in a row for Purdue over a 62-second span of the game beginning at the 8:02 mark of the second half to propel the Boilermakers back in front at 57-55.

But the Longhorns did the things they had to do in the end game.

“We didn’t play robotic, or settle for threes,” Roach said. “We had to keep staying aggressive and working the ball around. We wanted to win for each other, with high energy. We didn’t worry about the past three games. We wiped that slate clean.

The Longhorns return to action Saturday against Grand Canyon in the fourth game of a six-game homestand, a matchup that will be broadcast on the Longhorn Network.