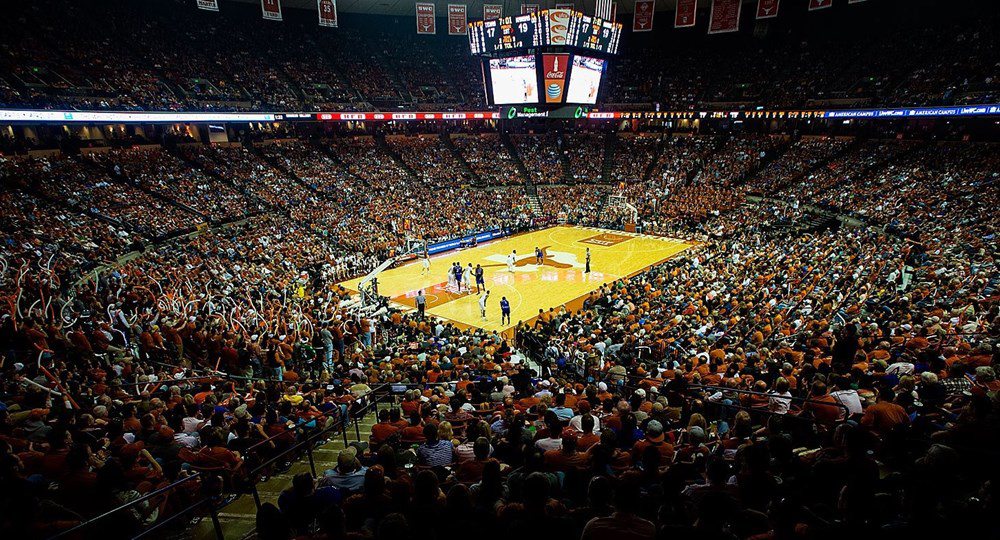 Big 12 coaches predicted the Longhorns would finish fourth in 2015-16, behind Kansas, Oklahoma and Iowa State (photo courtesy of texassports.com).

IRVING, Texas — The Big 12 Conference announced Thursday that the league's men's basketball coaches have picked the University of Texas to finish fourth in Shaka Smart's first season as the Longhorns' head coach.

Coaches were not allowed to vote for their own teams.

Big 12 Media Day will be held next Tuesday, Oct. 20 at the Sprint Center in Kansas City, which also will be the site of this season's Phillips 66 Big 12 Men's Basketball Championship. The event can be seen live at big12sports.com.

The Longhorns tip off their 2015-16 season with an exhibition home game against Tarleton State at 7 p.m., Friday, Nov. 6 at the Frank Erwin Center in a game that can be seen nationally on the Longhorn Network. Texas opens the regular season against Washington in Shanghai, China, at 9 p.m. (Central time), Friday, Nov. 13 in a game that will be broadcast on ESPN.