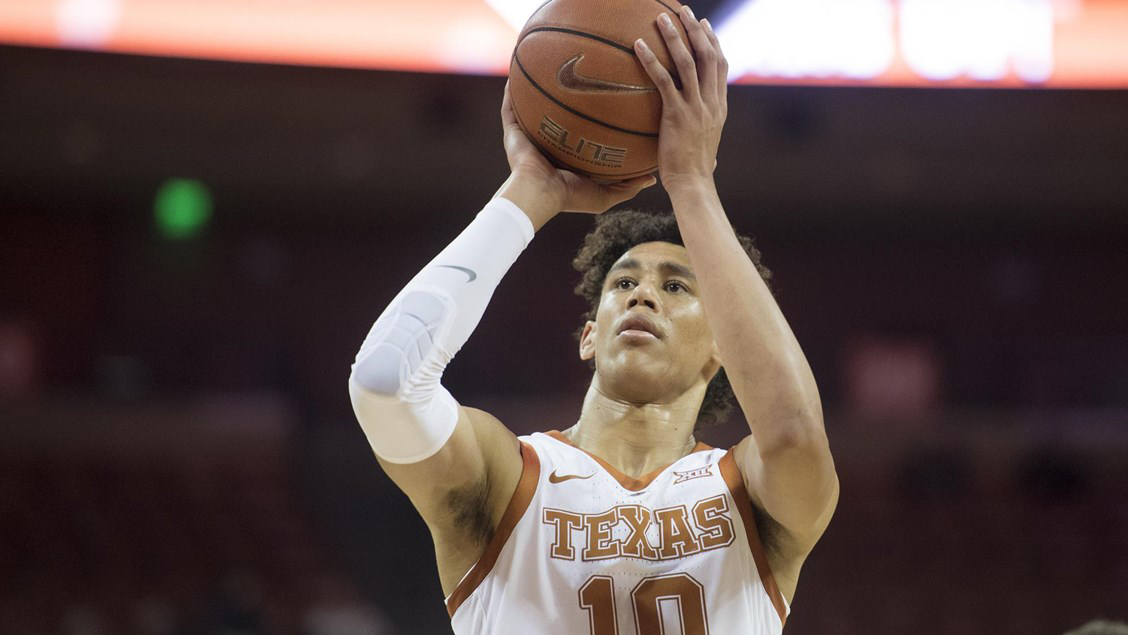 The incredulousness in Texas’ play against the TCU, especially in the second half, was evident as Smart paced the sidelines of the Erwin Center as Texas fell behind by 20 points and was continually outhustled and outworked by the Horned Frogs.

Smart took a big deep breath and swallowed hard as he walked into his postgame press conference — right past Texas athletic director Chris Del Conte, who didn’t look up — and looked glassy-eyed as he began to take questions about how Texas stumbled in a must-win game against a TCU squad that played like the Longhorns needed to, with desperation and confidence.

“I’ve never been so disappointed as I am right now,” Smart said. “This isn’t who we prepared to be, not how we practiced to be the past three days. We were tentative today, and we didn’t control the things we could control, and that’s what really hurts.”

Freshman forward Jaxson Hayes scored a career-high 19 points for Texas (16-15 overall, 8-10 in games against Big 12 opposition) with guard Matt Coleman III hitting for 12 and Courtney Ramey adding 11 points for the Longhorns, who have lost four of their past five games and limp into the Big 12 Tournament after falling by 19 and 13 points in their final two games.

“There was a sense of our guys not wanting to make mistakes," Smart said, "but in the absence of confidence you can still fight and we didn’t get enough of that today."

Texas had no answer for TCU's Desmond Bane, who poured in a career-high 34 points while tying his all-time best with six three-pointers. The Horned Frogs outshot the Longhorns, 52.9 percent to 37.3 percent, for the game, while the Frogs outrebounded Texas 35-24.

“Not the way we wanted to finish out the regular season,” Texas senior forward Dylan Osetkowski said after the big loss in his final game at the Erwin Center. “We need to figure out how we want to finish things up.

“We just didn’t have the spark we needed and we didn’t do what we usually do. Coach got into us at halftime — he wanted more energy from us, but we didn’t make that happen.”

The win snapped a three-game losing streak for the Horned Frogs (19-12 overall, 7-11 in Big 12 play) and gave notice that TCU will be tough out in the upcoming Big 12 tournament.

“I liked what we did defensively,” TCU coach Jamie Dixon said. “We made Texas take tough shots and we dominated on the glass, which is a product of hard work and playing the right way. We got some confidence going and made some shots, and Texas wasn’t, and that had a lot to do with how we won.”

Texas got zero points from Jase Febres, the reigning Big 12 Player of the Week. He missed all five of his shots and scored just four total points (and went 1-for-15 from the floor and 0-for-10 on three-pointers) since he garnered the honor Monday.

Nothing gets easier for the Longhorns if they want to extend their season and earn a trip to the NCAA tournament. Texas will be the sixth seed in next week’s Big 12 tournament in Kansas City when they will battle third-seeded Kansas in the late quarterfinals game Thursday.

The Longhorns likely need to win twice in the tournament to get to the NCAAs, but a lot has to change. They may get back senior guard Kerwin Roach II, who has been suspended for the past five games for a violation of team rules, but that is still to be decided.

“We have to be so much better than we were if we want to win in Kansas City, or win any big game," Smart said. “The energy wasn’t where it needed to be. It’s about consistency, and that starts with your desire to be consistent.

“We have to come together around the core of who we need to be (to extend the season). We have to take the game, do what it takes to win, and stay with it for 40 minutes.

There will be plenty of talk in the coming days and weeks about Smart’s future on the 40 Acres, and that’s justified based on the Longhorns’ play this year and UT's overall production over his four years on the Longhorns’ bench.

If Texas fires Smart after this season, the buyout is $13.8 million.

Three years ago, after Smart led the Longhorns to 20 wins and the NCAA tournament in his first year, then-athletics director Mike Perrin rewarded Smart with a one-year contract extension through the 2022-23 season. Like Smart's original contract, the extension is fully guaranteed.

For the record, Del Conte never looked up from his phone to watch his coach during Smart’s press conference. Read into that what you will.