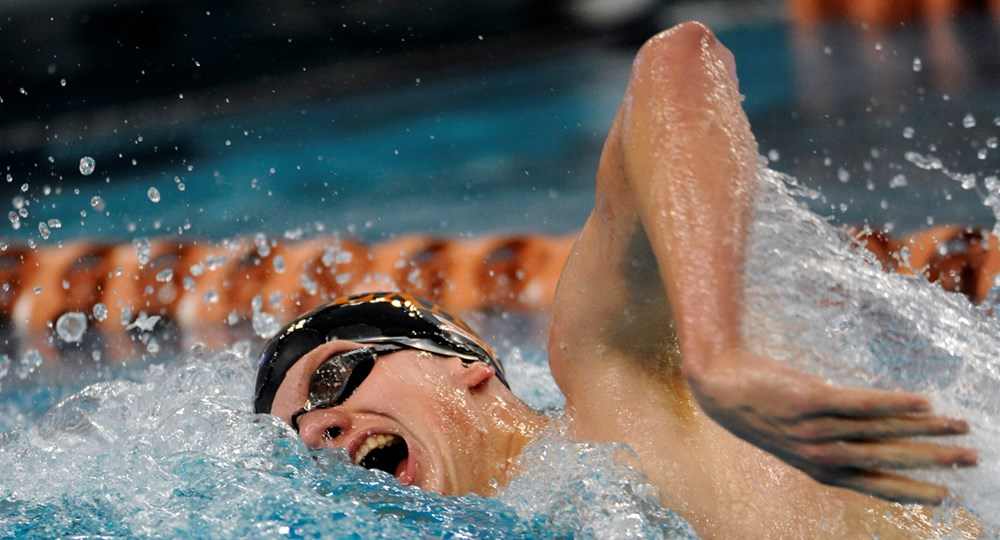 MINNEAPOLIS, Minnesota — Repeat something often enough, and it becomes understandable if all other options are forgotten.

In that light, it’s completely understandable if those who just finished their fourth seasons on the Texas men’s swimming and diving team — namely Jonathan Roberts, Brett Ringgold and Joseph Schooling — have forgotten what it’s like to end a season with anything other than a national championship. The Longhorns outlasted California and Indiana at the University Aquatic Center in Minneapolis to claim their fourth consecutive national championship.

The title was the 14th under head coach Eddie Reese.

Texas finished with 449 points. Cal had 437.5, and IU finished third with 422. North Carolina State racked up 385 points to finish fourth, and Florida rounded out the top five with 347.

Reese already has more victories than any coach in the history of the sport, and now has claimed a fourth consecutive national title for the second time in his storied career. He first performed the feat when UT won back-to-back-to-back-to-back national championships between 1988 and 1991. He also guided the Longhorns to three straight titles between 2000 and 2002.

Junior All-America Townley Haas reclaimed his American and NCAA records en route to a second straight title in the 200-yard freestyle. Haas had lost his previous record for all of two days, when Indiana’s Blake Pieroni snatched the record Wednesday as the leadoff leg of the Hoosiers’ 800-yard freestyle relay when he finished in 1:29.63. But grabbed the record back when he cracked the 1:30 mark for the first time, setting the new standard when he finished in 1:29.50.

“It means everything,” Haas said of breaking the 90-second barrier in the event. “I wanted to go under 1:30 since right after my freshman year. Blake Pieroni did it first and that hit me a little hard, but obviously it was a great swim on his part. It was incredible. Just to be able to come back two days later and have a better swim with better turns, it meant everything. I felt better in the water.”

Freshman Austin Katz won UT’s first national title in the 200-yard backstroke since 2004 in a lifetime-best 1:37.53. The victory made Katz the first Texas freshman to win a backstroke since Aaron Peirsol in 2003.