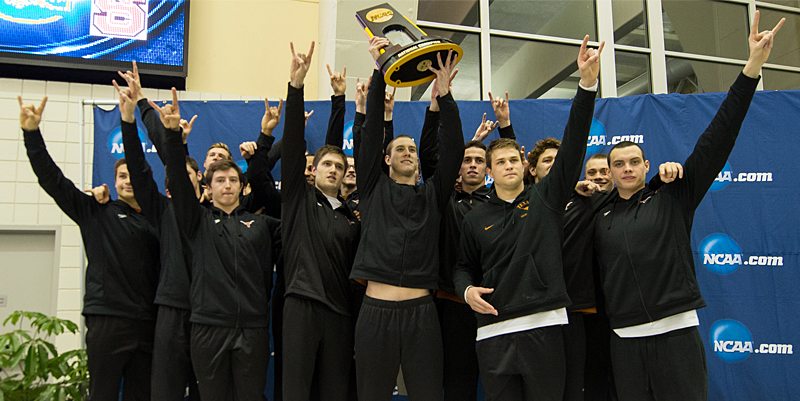 The University of Texas men's swimming and diving team's 12th NCAA championship tied Michigan for the most ever for a school, and gave head coach Eddie Reese more than any coach in the history of the sport (photo courtesy of texassports.com).

ATLANTA, Ga. — Two Texas swimmers set NCAA and U.S. Open records, and another improved upon his own American record to help lead the Longhorns to their 12th national championship.

The national title was the 12th in program history, tying Michigan for the most in NCAA history. With the championship, UT head coach Eddie Reese passes former