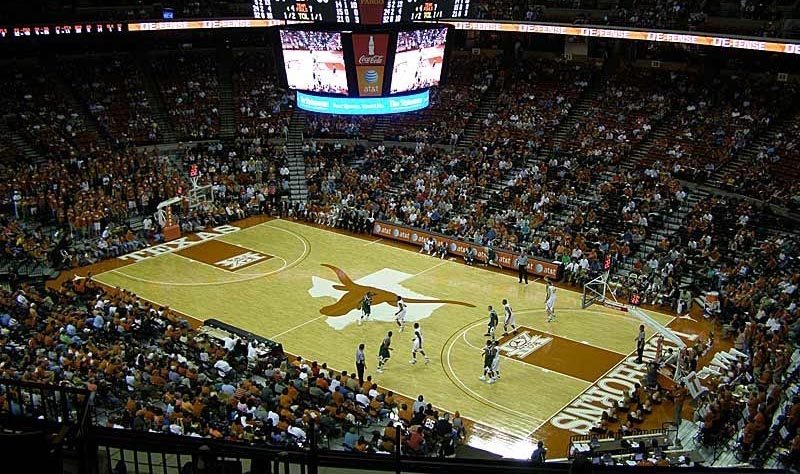 The new University of Texas basketball facility will replace the Frank Erwin Center, which has been the Longhorns' home for roughly four decades (photo courtesy of texassports.com).

AUSTIN, Texas — As the University of Texas men’s and women’s basketball teams move forward, they will do so in the Longhorns’ basketball center, which UT president Gregory L. Fenves told members of the university’s Development Board will be located on campus.

The location of the new arena, which is expected to replace the Frank Erwin Center sometime in the next five to seven years, has not yet been finalized, but one of the locations under consideration is on the south side of Mike A. Myers Track Stadium. The cost of the facility also has not yet been determined.

“The campus master plan developed in 2012 called for the land under the Erwin Center to be used for future expansion of the Dell Medical School and the UT Health District,” Fenves told the Development Board, a 375-member group of UT alumni and supporters that advises the president. “As we prepare for that, we will also ensure that our outstanding men’s and women’s basketball programs can continue to compete in a great arena.”

“Coaches Karen Aston and Shaka Smart want the next facility to be on campus, where it is easier for our student-athletes to travel between their dorms, classes and practice,” Fenves said. “It also makes the games more accessible to our student fans. By choosing a central location, we will make the experience of going to a game more intimate and exciting for all who participate.”

Events hosted in the new facility will not be limited to UT basketball, Fenves said. The plan is for concerts and other events to be presented in the new arena, as well.

Men’s athletic director Mike Perrin said that the plans for the new facility will be created only after considering the desires of those watching the events, not just the participants.

“In addition to serving the needs of our student-athletes, fan experience is a top priority for Texas Athletics,” Perrin said. “Our goal is to have an arena on our campus that can provide the platform for a great atmosphere and a positive fan experience for our men’s and women’s basketball games. While our vision is that the arena be basketball-centric, we will look to design it to allow for versatility in hosting other events.”