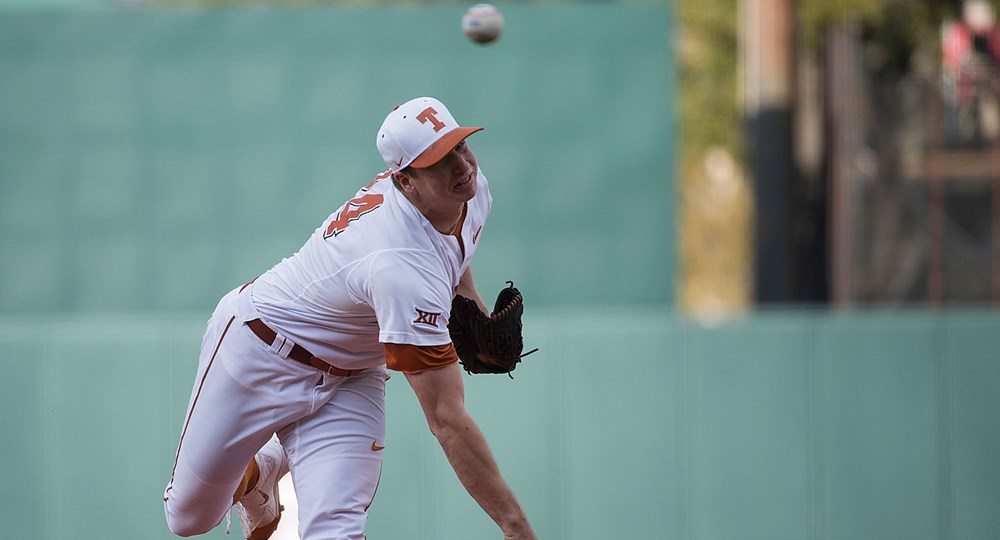 LINCOLN, Neb. -- For four innings starting pitchers Parker French and Chance Sinclair took turns mowing down opposing  batters, but Nebraska broke through with a three-run fifth inning to propel the No. 30 Cornhuskers to a 3-1 victory over No. 10 Texas Friday night at Hawks Field.

Sinclair, a senior right-hander, kept Texas hitless until Zane Gurwitz singled up the middle in the sixth inning. He allowed just two hits and a run in 7 2/3 innings work, striking out six and walking two.

Nebraska (19-7) used five hits – three of them not leaving the infield – to take a 3-0 advantage. After a leadoff single up the middle that second baseman Brooks Marlow snagged but had no play on, Austin Christensen doubled and Elijah Dilday delivered a RBI single just above the outstretched glove of shortstop C.J Hinojosa.

Another single, this time on a bunt, and a RBI groundout made it 2-0 before Nebraska’s fifth hit of the inning increased the lead to 3-0. Lefty reliever Ty Culbreth came on and prevented further damage by inducing a 6-3 double play on the second pitch he threw.

Culbreth (1 2/3 IP) and lefty Travis Duke (2 IP) kept Texas within striking distance by combining to allow just one base runner.

The Longhorns (17-9) got on the scoreboard in the eighth, when Bret Boswell drew a leadoff walk, Michael Cantu followed with a single and Gurwitz lifted a RBI sac fly a batter later. Texas, though, wasn’t able to get any closer as Nebraska reliever Colton Howell came on to record the final out of the inning and strand a man on second.

Sinclair, who retired the side in order five times, picked up the win to improve to 4-3. Josh Roeder worked around a double by Collin Shaw in the ninth for his eighth save of the season, while French (2-2) took the loss.

The Longhorns and Cornhuskers play game two of the series at 2:05 p.m. Saturday.