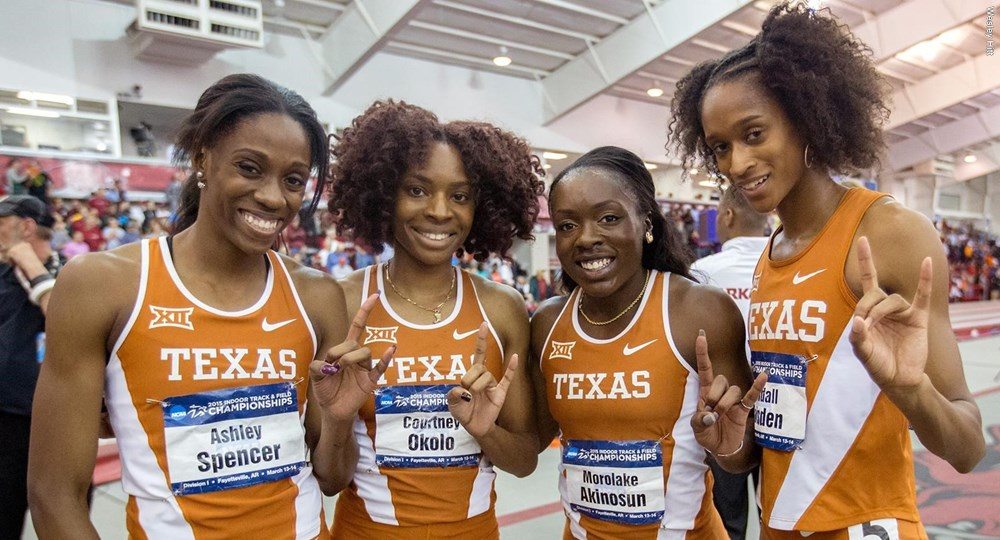 Spencer joined Okolo on the 400 meters podium, taking home third place. Later, the two teamed up with Baisden and Akinosun for the relay and posted the fifth-fastest time in collegiate history.

Both the men and women’s track teams finished sixth place overall at the two-day NCAA Indoor Track and Field Championships.

In addition to Spencer, Okolo, Baisden and Akinosun, the Longhorns received plenty of hardware.

"We're going to build upon this. We're going to sit down as a staff and look at ways that we can all be better," Head Coach Mario Sategna said. "My hat goes off to all the support that we've had up to this point for our season. I do feel like we're going to be much better on both sides outdoors.

"We're in a good spot, but ultimately we want to win. That's why we're at The University of Texas. It's important that we get these athletes back and get them rested. Our outdoor season starts next week."