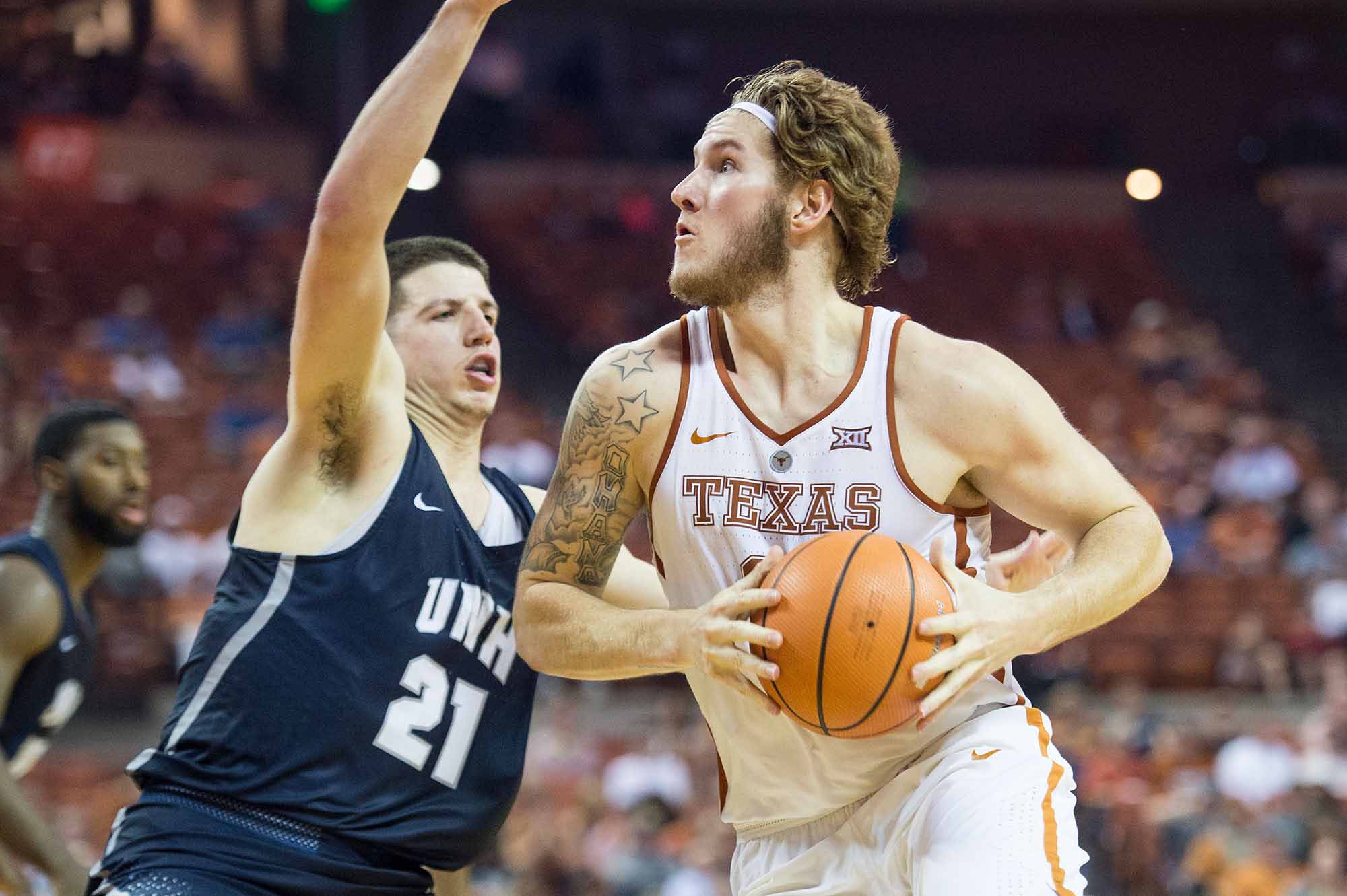 Junior forward Dylan Osetkowski had 17 points and 14 rebounds for his second double-double in as many games to lift the Texas men's basketball team to a 78-60 win over New Hampshire at the Frank Erwin Center (photo courtesy of texassports.com).

AUSTIN, Texas — No Mo was no problem for the Texas men’s basketball team, as the Longhorns showed Tuesday against outmatched New Hampshire.

Junior forward Dylan Osetkowski poured in 17 points and grabbed 14 rebounds to lead five Longhorns in double-figure scoring as Texas stormed past the Wildcats, 78-60, at the Frank Erwin Center as part of the PK80 presented by State Farm.