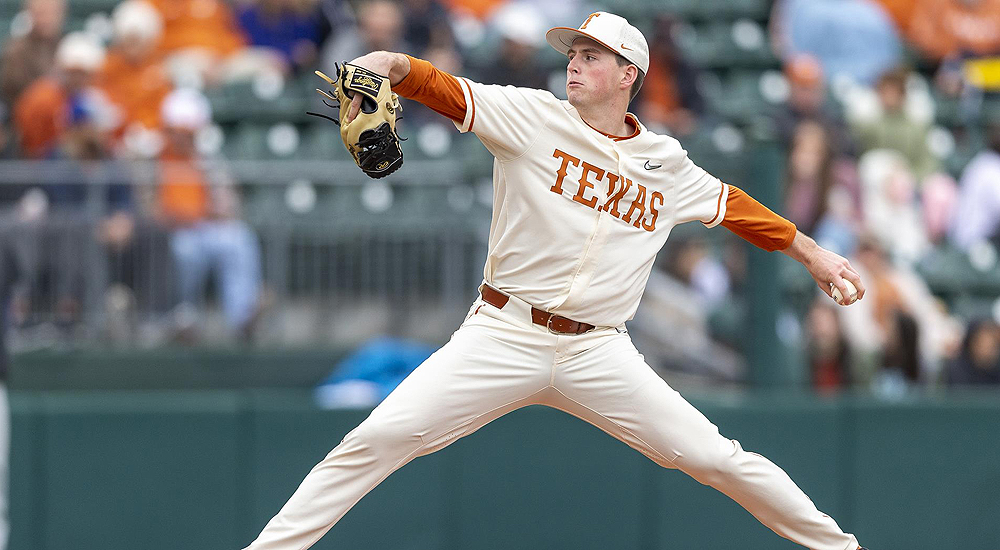 Pitcher Pete Hansen went 2-0 and added a save in six appearances during his first season on the University of Texas baseball team (photo courtesy of texassports.com).

AUSTIN, Texas — The college baseball season, like spring sports across the country, was cut short by the coronavirus pandemic. The Texas Longhorns only played 17 games, but that was all it took for one Longhorn to establish himself among the ranks of the nation’s top young players, when freshman pitcher was named a Freshman All-America this week by Collegiate Baseball Newspaper.

In the Longhorns’ abbreviated season, the left-hander appeared in six games, starting one. He won both of his decisions added a save.

Hansen was extremely stingy on the mound, allowing opponents to hit just .158 against him. He scattered nine hits over 17 innings, walking 18 hitters and walking just two.

The last Longhorn to earn Freshman All-America honors was Zach Zubia in 2018. The last UT pitcher to earn the honor was Morgan Cooper, in 2014.