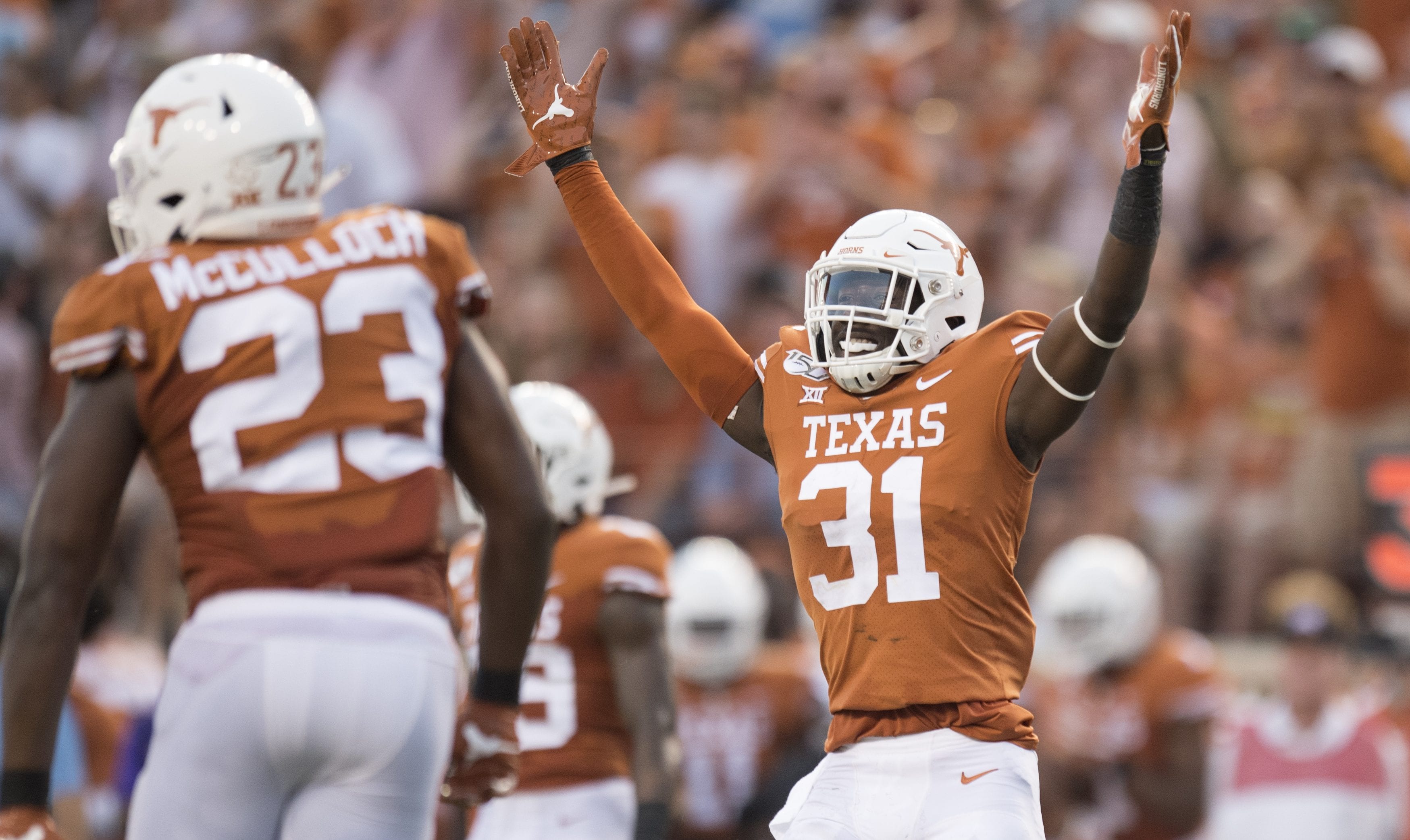 Texas football head coach Tom Herman said several players will be tried at new positions in the Longhorns' spring workouts, including DeMarvion Overshown (31), who will move from safety to weak side linebacker (photo by Don Bender / Horns Illustrated).

AUSTIN, Texas — There are changes aplenty surrounding the Texas football team in the run-up to its 2020 spring drills, with new coaches on board, new players already on campus, returning players moving to new positions and the construction on the new South End Zone complex at DKR-Texas Memorial Stadium in high gear.

Given the flurry of changes, it would be understandable to think that there is a sense of urgency around the Longhorns, even after an 8-5 season, a top-25 finish and a Valero Alamo Bowl victory over Utah in their respective hip pockets.