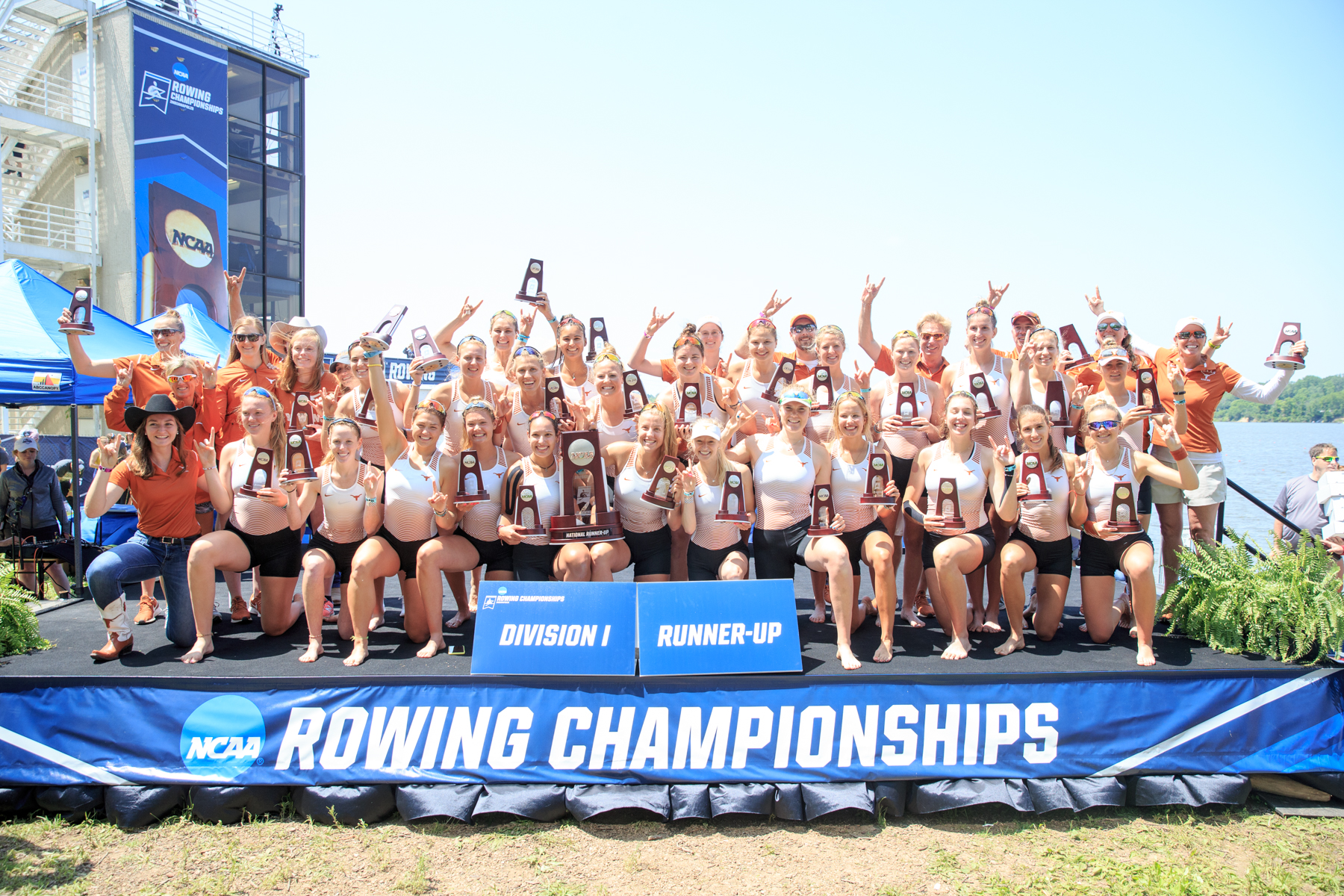 The Texas rowing team took second overall at the 2019 NCAA Championships, the highest-ever finish for the Longhorns (Photo courtesy of Texas Sports).

Ramping up its program’s recent rich history for yet another year, Texas rowing set a new school record by taking second place overall at the NCAA Championships in Indianapolis, Ind.

The team’s high placement is the third straight season that Texas set a new record for placing at the championships, and it comes as the fourth year in a row with a top-four finish at the championships — with all three Texas boats making it to the podium in earning 125 points overall to take second place.