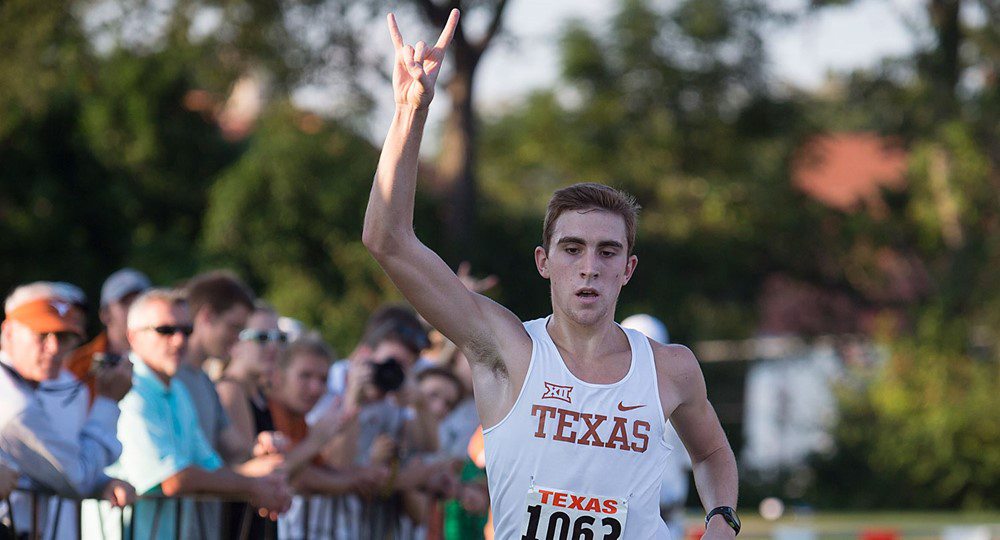 Texas cross country sophomore Alex Rogers was named the Big 12 Runner of the Week after cruising to a win in the Texas Invitational (photo courtesy of texassports.com).

AUSTIN, Texas — After the University of Texas cross country teams swept the team titles in Friday’s Texas Invitational, the top finisher for each team earned Big 12 Runner of the Week recognition.

Senior Sandie Raines won the women’s 3K race for the Longhorns, who won the claimed the top six spots in the race. Raines won the event in 10:25.11 in her first event of the season.

Like Raines, sophomore Alex Rogers won the men’s 5K event after leading from start to finish. The Texas men also swept their event, with Rogers winning the event in 15:05.55.

The awards were the first in the careers of Raines and Rogers.