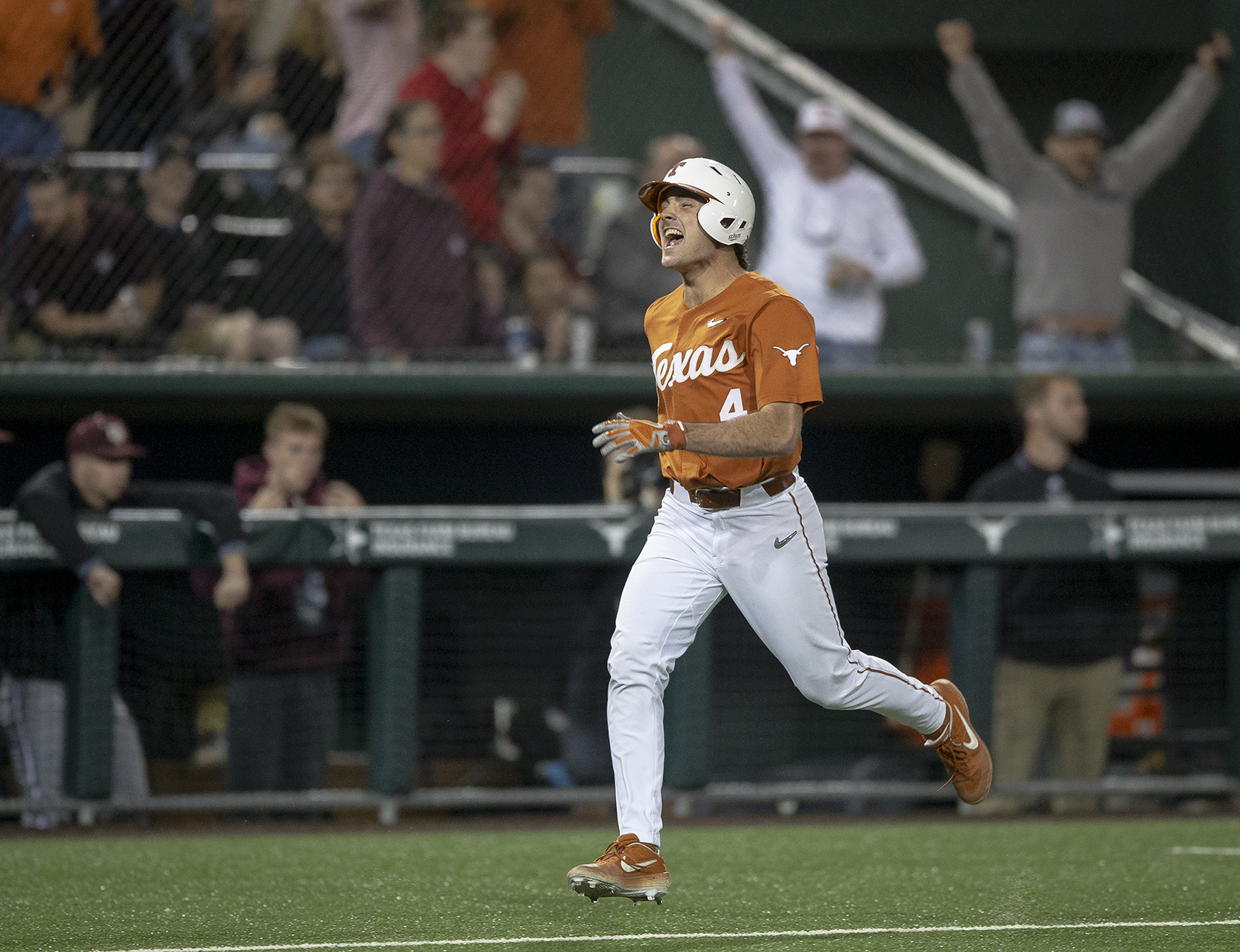 Tate Shaw and Texas pretty much have to sweep longtime rival OU out of Austin for a chance to keep its season going (Photo courtesy of Texas Sports).

It’s been dubbed by many as “The greatest rivalry in the Big 12” and never lacks energy or excitement whether it be on the basketball court, football field or baseball diamond.