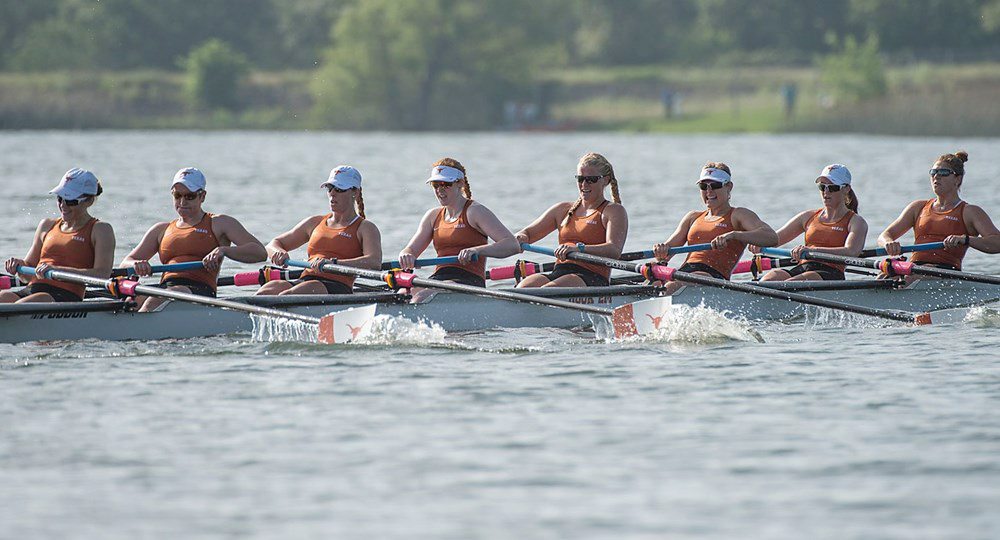 By winning the Big 12 title, the University of Texas was one of 11 schools to earn an automatic bid to the NCAA rowing championship (photo courtesy of texassports.com).

AUSTIN, Texas — By winning the Big 12 championship over the weekend, the University of Texas earned one of 11 automatic bids to the NCAA rowing championship when the seedings were announced Tuesday.

The invitation is the second in as many years for the No. 8 Longhorns, who earned the top spot in the event’s automatic-qualifier standings.

The event will be held May 27-29 on Lake Natoma in Gold River, Calif.

Each of the 22 teams invited will field three boats in the event: I Eights (first eights), II Eights (second eights) and Fours. Each division will be seeded from one to 22 and divided into four heats. UT received the No. 8 seed in the I Eights, the No. 7 seed in the II Eights and the No. 10 seed in the Fours.