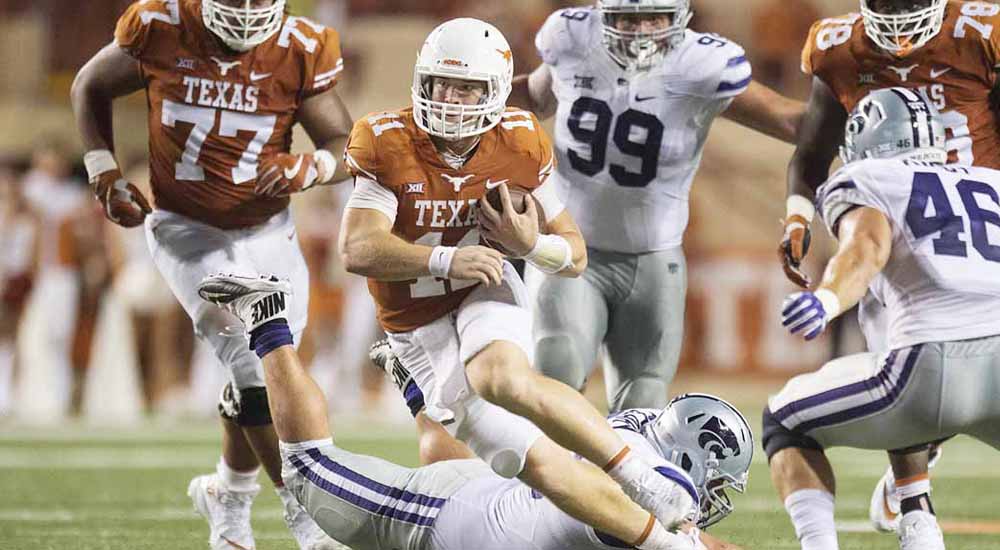 Texas quarterback Sam Ehlinger is the first Longhorn to be named a semifinalist for the Maxwell Award since former quarterback Colt McCoy (photo courtesy of texassports.com).

AUSTIN, Texas — For his strong performance through the first eight games of the season, Texas quarterback Sam Ehlinger has been named a semifinalist for the Maxwell Award, which is given annually to the Collegiate Player of the Year.