AUSTIN, Texas — Texas women's basketball head coach Vic Schaefer was asked recently about the challenges of coaching in college, especially at place like Texas. Is there anything, he was asked, that he wishes the fans, often quick to criticize the losses and poor play, would know about what goes on behind the scenes, what it takes to motivate his squad, the ups and downs in the life of a coach?

Schaefer did not respond by talking about the challenges of being a coach, but instead, about the things that must overcome as a student-athlete at one of the country's most successful programs, any list of which includes Texas.

"First of all, all the commitment our student-athletes make," Schaefer said. "They go to class all day, then they come over and, depending on film and practice, the rest of that day might include anywhere from three to four hours. Then they go home at night ... and, oh by the way, we need to study, and Texas is a really difficult place academically."

Attend a college sporting event and fans can be seen criticizing the players and coaches, some taking to social media to air their frustration. What often is forgotten by the fans is something that Schaefer has in the back of his mind everyday: he sees first-hand the work his student-athletes put in day after day, the tireless hours spent studying for a final the day before a critical game, the things of which the general public is not likely to get even a glimpse.

Schaefer speaks from first-hand experience, as a coach and as an athlete. He spent two years playing at Alvin Community College before finishing his education at Texas A&M in 1984.

"It takes such a commitment to be a student-athlete. It's just not easy," Schaefer said. "My admiration for our student-athletes — I have a great deal of it for them, because I know how hard it was for me, and I wasn't a student-athlete past junior college before I ran out of ability. I get it."

The fact that he "gets it" is where his involvement as a coach comes into play. Many forget that coaching in college is not only about drawing up plays, speaking with the media multiple times a week, scouting often two or sometimes three opponents in any given week. It's also about keeping players on track academically. 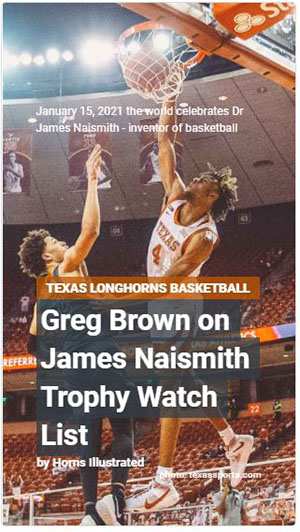 "I get it. But at the same time, that student who walks in and says 'Coach, Anatomy and Psychology is kicking my butt,' they're basically saying 'Coach can I drop this class?' I'm not a big proponent of that," Schaefer said. "My mind goes back to ... I had that class three times, and was glad to get out of there with a C or a D. I tell [the players], 'I get it, I understand, but we got to find a way to get it done.'"

"There's a correlation in how kids do in the classroom and how they perform on the court," Schaefer said. "I've really seen that in the last eight or nine years of my career. Typically, in the old days, the better your team, your GPA went down. That was in the old days. That's not the case anymore."

One particular player that Schaefer noted as one who "plays smart" is forward Audrey Warren, who has been asked to step into multiple roles this season due to a lack of depth.

"You can watch Audrey play — she's really smart," Schaefer said. "She knows what the other team is going to do, beats them to the spot a lot, and gets run over quite a bit. But that's because she's smart. She understands the game and what other people are trying to do."

Aside from understanding the daily challenges of being a student-athlete, there's one more thing that Scahefer would encourage the Texas faithful to do: listen.

"I think our fans have an appreciation for our kids, and the other thing I want our fans to know is, I want them to really try to understand our kids," Schaefer said. "That is a big, broad scope, what I just said. Try to understand our kids and their lives in our world today. And understand what they go through every day ... to just listen. I would beg our fans to just listen to my kids. We all have opinions in this world, and I get that, that's part of what makes America great, and we can all have. But just listen to our kids and understand their lives and what they deal with everyday on a daily basis. And just try to have an understanding for that.